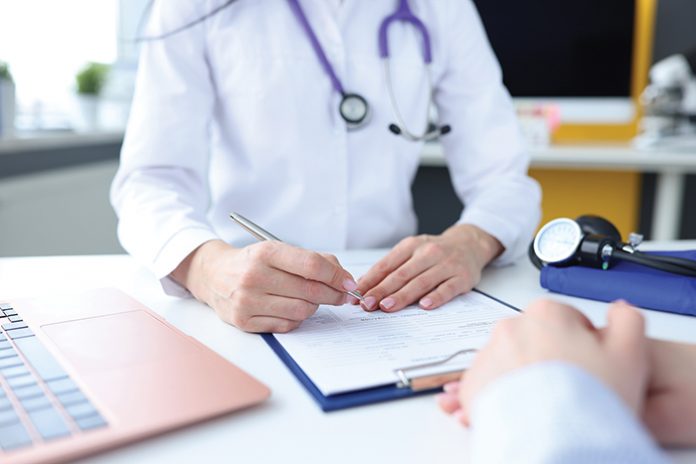 SHAWVILLE – With the current election underway and all parties claiming healthcare is a priority, the Journal contacted Dr. Ruth Vander Stelt for her views on what has happened in recent years since the forced amalgamation of healthcare institutions in 2015 by the ruling Liberal government. That change reduced the number of medical establishments from around 180 to 34 and all local decision making was transferred to centralized bodies often located in larger urban areas.

Dr. Vander Stelt lives in Aylmer and has been practicing in the Pontiac since 1995. She is the former president of the Quebec Medical Association and is currently Secretary for theRegroupement Québécois de Médecins pour la Décentralisation du Système de Santé (RMQDSS), a provincial network of 840 doctors promoting healthcare decentralization in Quebec. Currently practicing at the Quyon CLSC and at the Pontiac Hospital’s emergency room in Shawville, Dr. Vander Stelt has firsthand experience with the effects of over-centralization.

One major impact at the Pontiac Hospital was the closure of health services previously offered. The hospital’s obstetrics unit closed in 2020 after more than a dozen temporary closures, as did occupational therapy services. Without an obstetrics unit, women in the Pontiac must drive to Ontario or Gatineau to deliver their babies. Without an occupational therapy service, stroke patients and others requiring occupational and physiotherapy must travel for care, or wait for a health care provider to visit the hospital. Certain cancer patients requiring chemotherapy must now travel to Gatineau for treatment.

Dr. Vander Stelt described the effect of over centralization as creating healthcare ‘deserts’ in the province. “Pontiac has become a desert. It’s an occupational therapy desert, it’s a maternity desert, it’s a physiotherapy desert some of the time, it’s a pharmacy desert because we have no regular hospital pharmacist. Many regions in Quebec are just becoming deserts.”

Decrease in quality of care

The replacement of the director of professional services with a manager based in Gatineau has made it difficult to respond quickly to local needs. The hospital’s dedicated pharmacist has been replaced with a pharmacy service involving visiting pharmacists from outside the region. Dr. Vander Stelt elaborated: “We used to have a pharmacist in the hospital and now we have a pharmacy service. There a lack of continuity making management on the ground more difficult.”

A formal structure for communication and coordination between doctors has also been removed since amalgamation. Dr. Vander Stelt noted that only the individual chiefs of each department can speak to each other on an official basis and these department chiefs are only in the larger centres.

“In smaller centres doctors cannot sit around the table and speak to each other on an official basis because there is simply no body for that. Even if they did want to do something different such as fixing the obstetrics unit or improving quality assurance, they would have to argue their case to the city because they do not have decision-making powers,” she noted.

Though there is a recognized need for improved health services in the Pontiac, central authorities have cited a “lack of personnel” to explain why services like the obstetrics unit cannot be reopened. Dr. Vander Stelt commented, while it is true many nurses and healthcare practitioners who live in the Pontiac decide to work in Ontario, if local establishments such as the Pontiac hospital had basic decision-making powers, they would be able to develop programs to retain local practitioners.

“We are very close to the Renfrew and Pembroke hospitals so we lose our staff because salaries are much better there. What we need is a retention program where nurses can get paid more so their salaries match those on the other side. But, there is nobody who can fight for that because there are no local managers.”

At the June announcement, Health Minister Christian Dubé said the government’s decentralization efforts will include creating several hundred new middle management positions working in the field to support healthcare staff. In addition, the government has pledged a recurring budget of $40 million to the decentralization of healthcare in the region. While the public announcement may be seen as a welcome development, from the perspective of Dr. Vander Stelt and the RMQDSS, the addition of new middle management positions is not a viable path towards decentralization; the plan does not transfer decision making powers back to local health establishments, but, instead, creates more managers reporting to a centralized authority.

She also noted the emergence of a growing number of grassroots initiatives and citizens groups such as the provincial Patient Health Alliance, Action Santé Outaouais, the Comité de Vigie des Collines, and Pontiac Voice which are all working to promote healthcare decentralization and access to local services across the province.

“The bottom line is that there has to be citizen participation. It’s time for citizens to step up and show governments what, where and how they need their health care to be delivered,” she concluded.