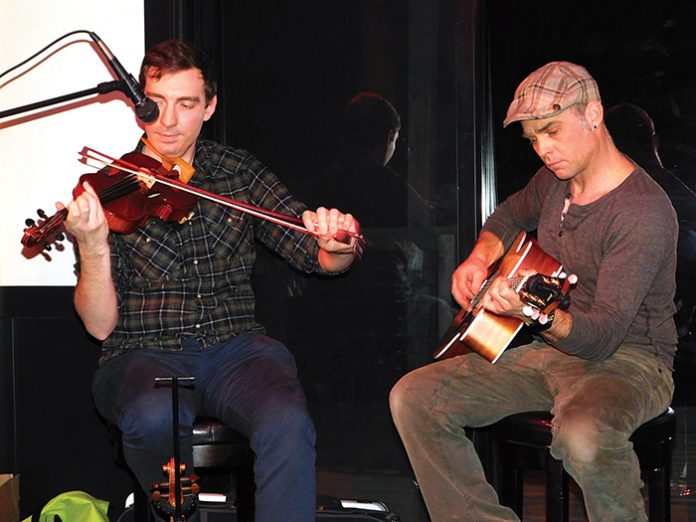 Justin Bertrand, a native of l’Ile-du-Grand-Calumet, launched his first CD, called Old Time Memories, at the Little Red Wagon Winery in Clarendon, Saturday evening April 9. Justin was accompanied throughout
the performance by Timothy Baklinski, a guitarist from Combermere.

Justin’s love of music has been ingrained in his soul since childhood, thanks to his late grandfather Alex Bertrand who played old Ward Allen tapes. Bertrand can play fiddle with both right and left hands and has a choice of four fiddles, each with its own name: Brandywine, Black Beauty, Uriel and Gingie (the one he uses mostly for playing tunes beside a campfire).

Last year Justin was invited to compete in the Canadian Grand Masters, the highest level of competition for Canadian fiddlers and he has been invited again for the 2022 contest. Recently, Bertrand joined and performed with the Pembroke Symphony Orchestra. “From learning to play several instruments by ear as a kid to singing in choirs, music has never left me; it’s just kept growing,” declared Justin. His album is
dedicated to Alex Bertrand and Lois Bertrand Sparling (paternal grandparents) and his maternal grandparents André Carrier and Diane Asselin Carrier.