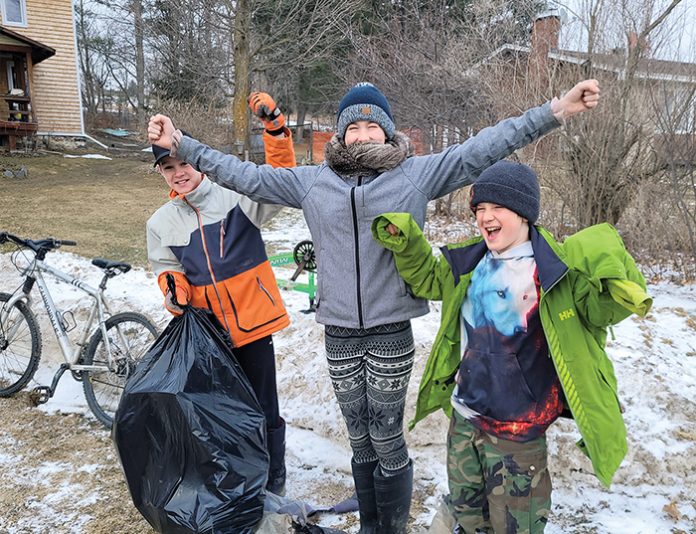 SHAWVILLE – Three children, concerned about the environment, got together to clean streets in Shawville. Gaia – 11, her brother Ulysse – 10, and their friend Maxime – 11, voluntarily cleaned some in the west end of the village. They plan to continue cleaning and picking up garbage and hope to inspire other young people to follow suit. “I’m tired of seeing garbage on the roads and people not respecting their home, Earth,” said Gaia. “People are producing too much garbage in the world, and I feel the world will soon be one big dump.”

The mother of Gaia and Ulysse, Vickie Chatelain, said she is going to offer a prize draw of $100 and calls on local businesses to donate in order to motivate young people to get outside and join efforts to clean more streets. “This could be something wedo every year if the community gets involved. It could bring awareness to people to stop tossing garbage out the window. Pontiac needs more love this way,” she concluded.