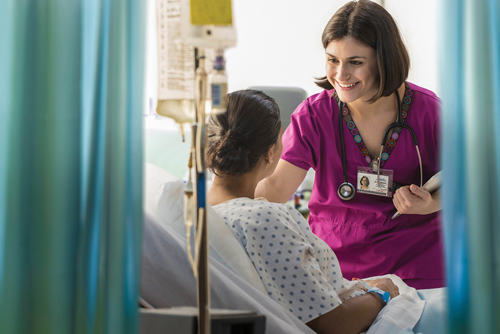 OUTAOUAIS – On February 14, Mathieu Lacombe, Minister of Families and Minister responsible for the Outaouais region, announced a measure the region’s health care institutions, elected officials, and population have been waiting for since the amalgamation of the province’s health services in 2015.
Four new assistant management positions in Multidisciplinary and Community Services (DSMC) were created in the Centre intégré de santé et de services sociaux de l’Outaouais (CISSSO) and three coordinators in outlying hospitals were added to the institution’s management teams. All seven employees took office a few weeks ago and two are based at the Pontiac Community Hospital.
The DSMC assistant managers, based in the communities they serve, are mandated to better understand the needs of users and facilitate communication with CISSSO’s
various partners. The employees are: Frédéric Parizeau – Territoire des Collines de l’Outaouais; Alexandre Bergevin – Papineau; Nicole Chaput – Pontiac; and Isabelle
Labelle-Richard – Gatineau territory.
The three hospital coordinators are: François-Régis Fréchette at the Maniwaki and Wakefield hospitals; Gilbert Daoust at the Pontiac Community Hospital; and Carl Lavoie at the Buckingham hospital.
“The addition of these people to the CISSS teams will make it possible to offer services in a way that is better adapted to the reality of these diverse communities, while remaining constantly on the lookout for real issues at the local level,” said Danielle McCann, Minister of Health and Social Services.
Not the news we were hoping for
While Pontiac MNA André Fortin believes more local management is good news for the Pontiac, he says it isn’t the most pressing announcement the region has been waiting to hear from the government.
“We need additional nurses in our obstetrics unit. There is a solution to ensure we can attract and retain nursing staff, and that is to increase nurses’ salaries, in
particular for the Pontiac region. Only the Minister of Health can implement this
solution and I’ve discussed it with her numerous times,” he explained.
The Pontiac Community Hospital experienced its 4th obstetrics service
interruption of the year from February 17 to 19 due to a shortage of nurses and the unit was closed for six months on February 21 (see page 2).
“Although Health Minister McCann reassured us that she wants to maintain the service, it continues to face challenges. It’s now up to CISSSO management to correct the situation,” said Josey Bouchard, Pontiac Voice spokesperson.