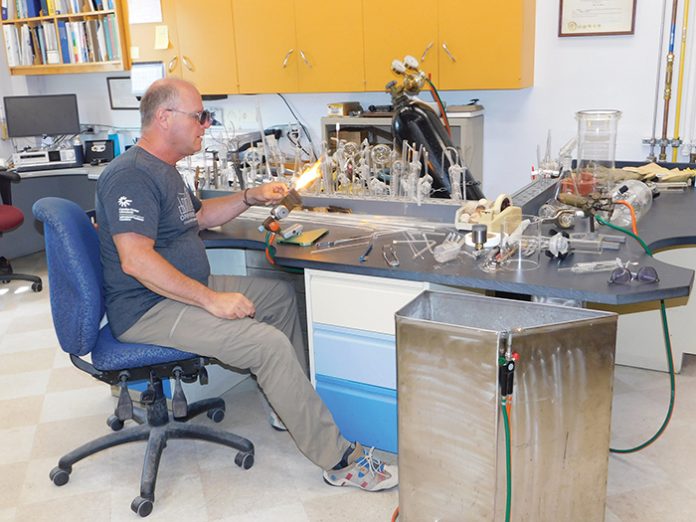 CHALK RIVER – Canadian Nuclear Laboratories (CNL) opened its doors to the public on Saturday, August 6 for a day-long tour of the facility. This was the first open house since 2018 and judging by the thousands who attended it was a huge success. Hot and sunny weather contributed to the crowd who walked the campus either on their own or in guided tour groups.

The entire CNL facility is undergoing a major revitalization with new research projects and programs. All sites were well marked allowing visitors to know where to go. Tents were set up on the grounds with many displays related to CNL, including information on old reactors and the new Micro Modular Reactor project by Global First Power, which is proposed to be built on site. As well, the not-yet-approved Near Surface Disposal Facility (NSDF) project was explained with CNL employees on hand to answer questions.

The open house featured over 50 informative booths and displays, hands-on experiments, demonstrations and tours, which provided the public with the chance to learn more about the research carried out at CNL. Tours were given of the Glassblowing and Analytical Chemisty sections, Hydrogen Isotopes Technologies, the Skilled Trades and Infrastructure areas as well as Robotics and Remote Tooling.

Children were entertained with inflatables on site, a nerf gun challenge, a tour of the fire department and viewing the heavy equipment displays. A highlight of the day was an Algonquin dance and drumming ceremony, performed by the Kitchisippi-Rini, People of the Ottawa River.