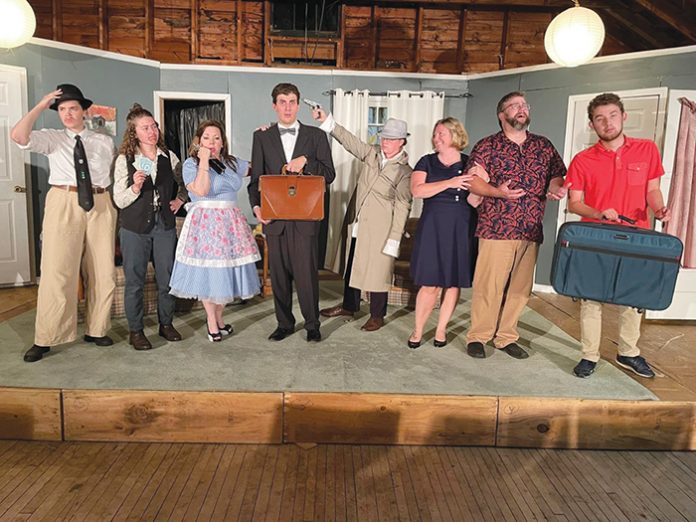 The play starts with Henry Perkins (Connor Stephens) arriving home with a money-filled briefcase that he mistakenly picked up on his subway trip from work. He’s decided to keep the money and plans for himself and his wife, Jean (Tanya-Leigh Maguire), to run off to Barcelona before whoever the money belongs to can catch up with them. But nothing ever works out as the characters hope and the humorous mayhem that follows got lots of laughs from the appreciative audiences filling Coronation Hall over the four nights.

“This year we put on our most challenging comedy yet. There were lots of lines to memorize as well as tricky timing; I’m proud to say the entire cast and crew rose to the occasion,” said Greg Graham, president of Pontiac Community Players who played the role of family friend Vic Johnson. “We started meeting regularly back in May and rehearsed all summer to get it perfect. There is nothing like the nervousness of opening night as we all wait for the first joke to land – and then we hear the audience laugh and we know that we’re going to have a great night. I couldn’t be more proud of our experienced actors, as well as the new people who ‘put themselves out there’ for the very first time. I’m also amazed at the group of young people; Ava, Gavin, Emma, Alyssa, Connor, and Cadence who worked so hard bringing the show to our community.”