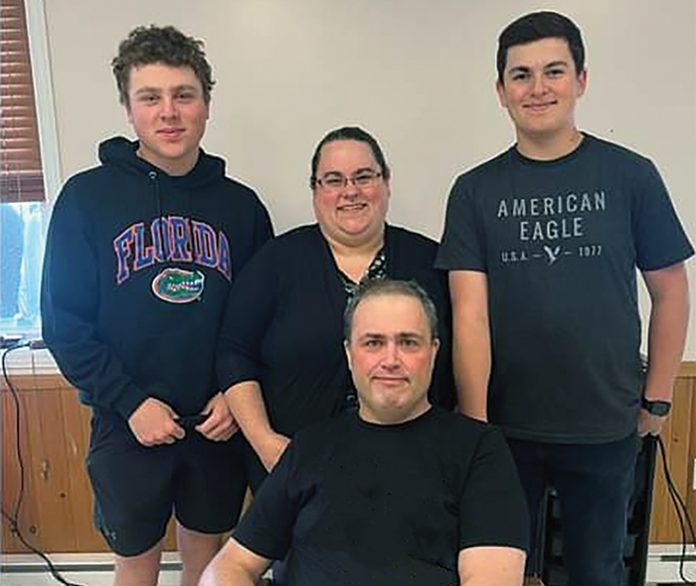 CAMPBELL’S BAY – A huge fundraising effort has been launched in support of the family of Campbell’s Bay mayor, Maurice Beauregard. Beauregard, married with two teenaged sons, has recently been diagnosed with stage 4 metastatic esophageal cancer. He was re-elected mayor of Campbell’s Bay in November 2021 and is a volunteer firefighter.

The diagnosis on April 27 came after a complete examination was done by doctors on Beauregard’s injured elbow, hurt after a fall last October. The persistence of the pain and injury led to further investigations which included multiple MRI scans, X-rays, and blood tests. Unfortunately, cancer was discovered in different parts of his body.

Beauregard is determined to fight the disease and is receiving chemotherapy at the Shawville Community Hospital.

Colleen Larivière, mayor of Litchfield, noted her respect for Beauregard. “Maurice is devoted to making things better for the municipality and has worked hard on improving the relationship between our two municipalities,” adding, “He has a huge challenge ahead of him.”

Terry Lafleur, mayor of Otter Lake, acknowledged that Beauregard is a great guy, who cares deeply for his municipality. “Maurice is opinionated; he wants to accomplish things. He is so dedicated he even participated at the MRC’s plenary session June 8.”

Tim Ferrigan, a councillor in Campbell’s Bay who works for MRC Pontiac, said that various MRC mayors and personnel have donated a “Large Batch of Booze” worth $500 to be part of a raffle draw. The tickets are sold at $10 each and may be purchased via e-transfer (with the security answer, Maurice) at suzanne_dubeau61@hotmail.com. The draw for this prize will be held June 17.

Charlene Moore is a family friend who works as a PSW at St. Joseph’s Manor; she helped raise money by donating the proceeds of her haircuts for the cause. She and Tina Morin did 38 cuts Saturday, June 4, with Beauregard and his two teenaged sons the first to have their heads shaved. In addition, Moore helped organize a huge bake sale at the RA Centre which attracted hundreds of visitors.

Kristin Morin of the Zen Spa in Campbell’s Bay is selling raffle tickets for $5 each with the prize including a couple’s massage, a $50 gift certificate, an ice cream cake and a batch of chocolate-covered strawberries. The draw for the winning ticket is to be held July 10.

Meanwhile the Three Pitch Softball Fun league has donated canteen and bar profits from several of their games. On Sunday, June 12, the league held a BBQ event from 5 to 9 pm with live music performed by “REWD”.

The community has really rallied to support their mayor and his family. Anyone wishing to donate can call Tim Ferrigan at 819-650-0123.