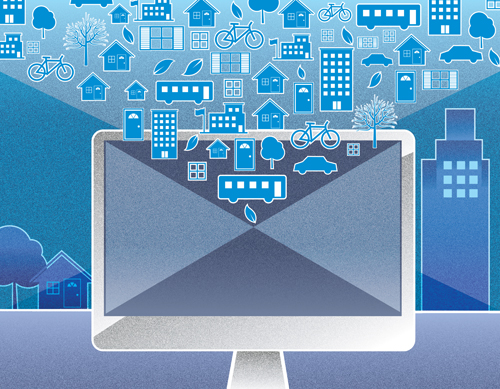 OUTAOUAIS – In March, the federal and provincial governments announced a partnership with Internet Service Providers (ISPs) to launch Canada-Québec Operation High Speed to connect nearly 150,000 homes to high-speed internet by September 2022. This included investing over $145 million to connect 29,000 households in the Outaouais.
On April 16, Bell confirmed it would connect 10,600 homes in the Outaouais with $84 million in government support.
On May 4, Pontiac MP William Amos and other government officials announced Cogeco and Xplornet will receive a total of $81.3 million to connect another 18,200 households by September 2022. The agreements include establishing firm deadlines with penalties in the ISP contracts to ensure targets are met. According to Amos, the contracts also include cost clauses so the packages offered [to subscribers] will be comparable with urban sectors.
Cogeco received $23.8 million to connect 2,890 households, while Xplornet received $57.5 million for 15,310 households. The projects represent a total value of $112.09 million once private sector investments are incorporated with a goal to cover 99% of all households and businesses in the targeted municipalities.
Over the next four months, Cogeco and Xplornet will conduct an exhaustive inventory of unserved residences in most municipalities; for Xplornet: Alleyn-and-Cawood, Bristol, Bryson, Campbell’s Bay, Clarendon, Fort-Coulonge, L’Île-du-Grand-Calumet, Litchfield, Mansfield, Municipality of Pontiac, Otter Lake, Portage-du-Fort, Shawville, Thorne and Waltham. Cogeco will mainly serve the MRC des Collines-de-l’Outaouais, including the Municipality of Pontiac.
Bell will be installing and expanding its fibre optic network in Allyen-and-Cawood, Chichester, L’Isle-aux-Allumettes, Sheenboro, Waltham, and Municipality of Pontiac.
“It’s like connecting everyone in the 1930s to electricity. It’s that big of a deal,” said Amos, who maintains that high speed internet services are essential in a modern society.
“It allows our businesses to operate efficiently, makes our region interesting to anyone looking to move here, and is a must for employees working remotely and students following online classes…However, follow-up will be key to ensure projects remain on track, and the remaining Pontiacers not covered by this project
also have access within a short time frame,” stressed André Fortin, Pontiac MNA.
Amos admitted there will be a few residences that won’t be able to connect. “There may be a house here and there on certain extremely remote roads or areas where it isn’t reasonable [from a cost perspective] to get fibre there. However, there
will be solutions developed for these residences,” he concluded.
What about Picanoc.net?
Connexion Fibre Picanoc (CFP), a non-dominant carrier operating a fiber optic network since 2005, extending over 526 kms in La Vallée-de-la-Gatineau and MRC Pontiac, is exploring different avenues.
“CFP is planning to meet with the governments to determine if [we] can contribute [our] expertise and pursue [our] mission to collaborate in the deployment of high speed internet services to connect underserved households in the Pontiac and Gatineau Valley MRCs,” said the organization. This could mean they partner with one of the three ISP’s who received funding from the Canada-Québec Operation High Speed program to help with installation and other services.
CFP also submitted, in June 2020, a $57 million proposal to Canadian Radio-Television and Telecommunications Commission’s (CRTC) $750 million fund to connect 6,788 underserved households to the basic high-speed fibre network. That application is still under review.