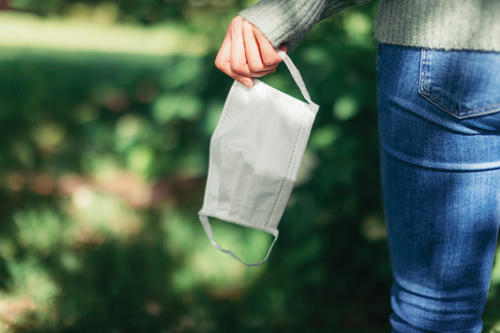 PONTIAC – With the COVID pandemic remaining in full swing after over a year, most Pontiac residents know of someone who has contracted the virus. Symptoms vary greatly, ranging from a slight cold in some instances to requiring hospitalisation in others. The Journal spoke to two families who have dealt with the virus to elaborate on their experiences.
The Evans family
While Shawville resident Gwen Evans did not contract the virus herself, her
husband Ken, who remained hospitalised for some time, did as well as her son; the couple are in their 50s and their son in his 20s. Ken, a nurse who works with COVID patients, tested positive on April 24. After testing family members, his son also got a positive result on April 26.
Ken’s symptoms began cold-like with a sore throat, stuffy nose, and severe body aches. “He then started having some dizziness when he stood up and felt
nauseous. On April 30, he asked me to take him to the hospital. I honestly thought they were going to send him home. After a chest X-ray and blood work, he was sent to the Hull COVID unit within a short time. He was put in the primary unit where only regular oxygen is needed.
He thought he was going to die and was very afraid,” said Gwen.
“Two days later he was moved to the intermediate unit because his oxygen level couldn’t be maintained. Once there, he was put on high flow oxygen. His doctor called me and explained everything; there would be good days and bad, but that’s how COVID is,” she added. Ken was eventually moved back to the minimum care floor.
The couple’s son also started with very mild symptoms, but then developed a cough, runny nose, lost his sense of smell and taste, and suffered nausea and vomiting. “He was told his cough will remain for a long time and so will his lack of smell and taste,” Gwen told the Journal, adding the community has been incredibly
supportive and helpful.
The family hopes to spread the word about the seriousness of the condition and the importance of getting vaccinated promptly. “Ken [and our son] weren’t vaccinated. I had my first vaccine and it obviously worked. To all those who think this
disease isn’t real, I have a message: we’ve been living a nightmare, so I know it’s real. I pray no one else goes through the hell we’ve been through,” she concluded.
Ken was released on May 14. He will be off work for a month and although there is scarring on his lungs, he is expected to make a full recovery without lasting effects.
“It’s since I took the vaccine that I’ve been able to smell again” -France Lavoie
Last November, France Lavoie of Mansfield received a call from a relative she had been in contact with informing her that he had tested positive for COVID-19. Alerted and skeptical at first with no apparent symptoms, she went into complete
isolation at home.
It was only a few days later that she began to experience symptoms. “The moment I got my positive result, I started to feel fatigue and a mild sore throat.
I thought this was probably psychological,” recalled Lavoie.
A few hours later, other symptoms appeared, including the loss of smell. There was no longer any doubt that she had contracted COVID-19. One of the most difficult aspects of contracting the virus was people’s reaction.
“I felt judged and guilty. The worst part is that the virus spreads so quickly we still don’t know exactly how I got it. After the public health investigation, I was told it could have come from several places I had been. They were never able to determine if it came from the grocery store, the senior center I had visited as a
caregiver or other places I had been,” she explained.
In her sixties, she sometimes found the reactions of others difficult. “Knowing that some of our loved ones had to stay in isolation because of us created
tension and guilt,” she said.
Six months after contracting the disease, Lavoie is slowly recovering, although her sense of smell still plays tricks on her. “I haven’t fully recovered my sense of smell, but since taking the vaccine, I’m starting to smell little by little,” she told the Journal.
Like others who have contracted COVID, she sees positive repercussions after taking the vaccine. “Not long after taking the vaccine, I went for a bike ride and smelt car exhaust. Usually, I don’t like that smell, but there I jumped for
joy,” recalled Lavoie with emotion. She is part of a study group on this subject in order to deepen knowledge on the disease.
For her, it’s very clear: the solution to curb the disease, in her opinion, is vaccination. “Go ahead, get vaccinated, it’s important and this illness is real. I too was skeptical at first, but it’s vaccination that will allow us to return to normal,” she concluded.