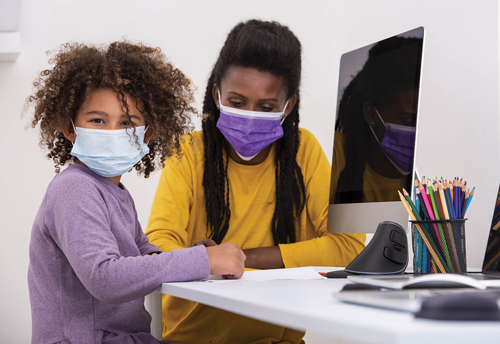 QUÉBEC – Over the last couple of weeks, the provincial government announced further de-confinement measures and unveiled its plan for school re-entry in the fall.
The CISSS de l’Outaouais announced on June 29 that hospital visits are now allowed for relatives of hospitalized users, but they ask the population to limit them to essential visits. Children under 14 years old are not allowed to visit.
Gyms, arenas, indoor pools and public and private beaches, along with churches and other places of worship, could re-open June 22, but public health measures, like physical distancing, still apply and a maximum of 50 people allowed. Team sports games could also resume on the same date, but only limited, incidental contact is allowed so combat sports remain restricted to practices or activities where distance can be maintained.
Québec also relaxed physical distancing rules at daycares. Groups of up to ten children don’t have to social distance with children in the same group, nor with their teacher. However, teachers have to remain two metres from other adults
and personal protective equipment is mandatory.
School mandatory in the fall
On June 16, Education Minister Jean-François Roberge unveiled plans for reopening schools in the fall. Full-time attendance will be mandatory for all elementary students as well as the majority of secondary students with modified physical distancing requirements, although there may be exceptions for those with certain health conditions.
From preschool to Grade 9, students will attend school according to the usual ratios. Classes will be organized in sub-groups of six students or less who won’t have to physical distance. Students in different subgroups will have to maintain a one metre distance from each other.
Whenever possible, students and staff will have to stay two metres apart. Teachers can move around to different rooms depending on the subjects they teach while students must stay in the same room.
For grades 10 and 11, two options are available: either follow the same protocol as the younger grades or have a combination of 3-4 days on site and the remaining via distance (online) learning and homework.
Students over the age of 16 are expected to maintain a distance of 1.5 metres from others and recess, break times and lunch hours at both elementary and secondary will be organized to limit contact.
All school boards will develop a plan for distance learning in the case of
a second wave of the pandemic so the transition is smoother.
CEGEP and university students will do a mix of in-school and at-home online learning.
Québec in recession
On June 19, Eric Girard, Québec’s finance minister, presented a budget update and confirmed the province is in a recession. “In Québec, 40% of the economy was stopped for eight weeks. As a consequence, we expect the province’s GDP will shrink by 6.5% this year creating a $15 billion deficit, which includes a $4 billion reserve for contingencies,” he said.
Girard said the province intends to balance its budget again within five years without raising taxes. The minister also believes Québec’s economy will recover with 6% growth in 2021, accommodating for 2020’s losses.
Pontiac MNA André Fortin says the prediction is overly optimistic and won’t be met if nothing is done to help small and medium-sized businesses (SMEs). “Without direct assistance, many small businesses won’t make it to next year. Our small businesses in the Pontiac need help now,” he said.
Federal funding increases
On June 23, the federal government announced that $46-million in funding will be given to tourism industries in Québec and Atlantic Canada. $30 million is set aside for Québec, with about $13.5 million of that going to Alliance de l’industrie touristique du Québec (Alliance) to help SMEs implement adaptation measures and targeted promotional campaigns.
On June 16, Prime Minister Justin Trudeau announced that the Canada Emergency Response Benefit (CERB) would be extended for another eight weeks.