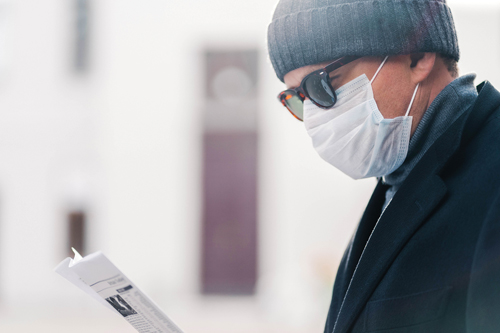 MRC PONTIAC AND PONTIAC – On October 10, the city of Gatineau and
the MRC des Collines-de-l’Outaouais, which includes the Municipality of Pontiac (Quyon, Luskville), were placed in the maximum (red) alert level. The MRC Pontiac remains in Level 3 – Alert (orange).
“The significant increase in cases in recent days and weeks related to a growing number of outbreaks in the Outaouais area has justified this change in level,” said the Centre intégré de Santé et de Services sociaux de l’Outaouais (CISSSO).
According to Marie-Pier Després, CISSSO communications agent, there is no telling how long the red zone status will last, but the government will reassess the region’s status on October 28 and determine if changes are needed.
In red zones, non-essential travel to other regions and outside of the
province is discouraged. Most measures came into effect on October 11, and included: closing of bars, theatres, fitness centres, spas and restaurants except for delivery, take-out or drive-through orders; no private gatherings; visits prohibited at home (except for people living alone who can receive only one visitor, caregivers, or people offering services/ support); no visits to seniors residences, with the exception of family caregivers and visits for humanitarian purposes; and no activities in public places (except for protests where masks are worn, and places of worship and funerals capped at 25 people).
However, certain measures, particularly those concerning educational and sports environments, came into effect on October 15: organized recreational and sports activities cancelled; extracurricular activities, field trips and inter scholastic activities suspended; Secondary IV and V students have in-person classes alternating with on-line classes, and all high school students must wear masks at all times.
Border patrols and police in schools
MRC Pontiac Warden Jane Toller said she has confirmed with the Sûreté du Quebec that there will be no police presence at the borders of the MRC or bridges to Ontario, which are in place in other areas to educate commuters on the dangers of moving between regions.
However, the province has asked police to visit high schools to conduct awareness campaigns about masks, physical distancing, and restrictions on gatherings.
COVID alert app
The government is encouraging Quebecers to download the COVID alert app used in other parts of the country. The app uses a Bluetooth system to anonymously keep track of all the phones it has been near lately. “Users who test positive for COVID-19 will receive a one-time key from their health authority that they can enter into the app. When the key is entered, COVID Alert will notify other users who may have come in close contact with that person for at least 15 minutes, and direct them on next steps,” says the federal government’s website.
The app is available to download free on Google Play and the App Store.
Childcare funding
On October 8, the federal government announced $137 million in federal
support for Québec’s child care sector to help ensure that safe and sufficient child care spaces are available to support parents’ gradual return to work.
This funding is part of a larger $625 million investment through the Safe Restart Agreement to address the key child care priorities agreed upon by Canada’s First Ministers for the safe restart of Canada’s economy over the next six
to eight months.
Testing
On October 7, Health Canada gave the green light for the use of the new Alinity M laboratory device at the Gatineau hospital to analyze COVID tests. CISSSO then began the final step before it’s in full operation: to ensure the validity of the tests by performing a limited number of tests over a 14-day period.
The official opposition has criticized the delay of getting test results. While CISSSO said the average wait time was about 7 days at the end of September, Després said it is now between 3 to 5 days by increasing the number of tests analyzed
at the National Public Health Laboratory.
“The new machine can analyze 1,100 tests per day. When it’s in full operation, [results will be faster], probably less than 48 hours if we still have the same demand,” Després claimed.
CISSSO strongly recommends that people with symptoms of COVID-19 or those who have been in contact with symptomatic people go for testing.
To make an appointment at a CISSSO testing clinic, call 1-877-644-4545.
Testing without an appointment is also available in various locations including the Centre multiservices de Mansfield-et-Pontefract (CLSC), from Monday to Friday, 8 a.m. to 9 a.m.
The numbers
The Centre de services scolaire des Hauts-Bois-de-l’Outaouais declared their first positive COVID case on October 15; there are now 4. The Western Quebec School Board currently has 19, none of which are within the MRC Pontiac or Municipality of Pontiac.
As of press time, there were over 94,400 cases of the virus in Québec (6,044 deaths). The Outaouais now has 2,024 cases (1,733 recovered) and 35 deaths. The Municipality of Pontiac has 17 cases while the MRC Pontiac has <5.