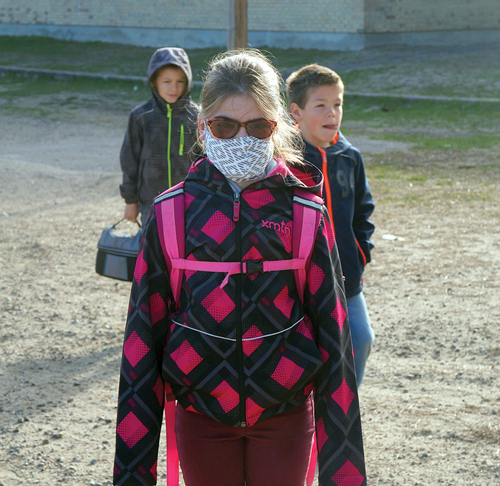 BACK TO CLASS – On May 11, students from Poupore school in Fort-Coulonge returned to class, closed by the Legault government in March. Students were greeted upon arrival by teachers and volunteer firefighters who showed students how to meet the new standards of social distancing and all safety measures. According to director Stéphane Bouchard, 25% of the students went to school. He explains that the teachers created a pleasant experience for their return to the classroom with activities and schoolwork, games, etc. The students quickly adapted to the new measures implemented, concludes Mr. Bouchard.