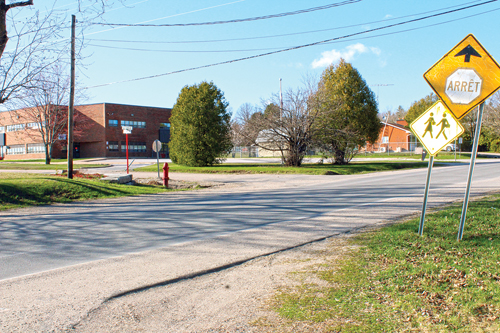 QUÉBEC – Along with back to school at the end of August, the provincial government continued de-confinement measures related to the COVID-19
pandemic. With a rise in the number of cases in Québec over the last few weeks, Premier Francois Legault blamed a general slacking on health guidelines in a press conference on August 31 and said he will be forced to reinstate lockdown measures if it continues.
Inter-group sports soon allowed
On August 27, Education Minister Jean-François Roberge announced that sports and art activities at school would only be permitted within each class bubble and not with other groups to reduce the risk of large outbreaks. This news created a backlash from many parents and schools, especially since sports teams outside of schools are allowed to play together. An online petition quickly gathered over 30,000 signatures requesting that schools be governed by the same rules as other sports teams.
The following day, Legault said this was only a first phase and that if “all remains well” with the province’s COVID numbers, schools will see sports and artistic activities return to normal on September 14.
Reduced isolation time
Up until recently, the government required a 14-day isolation period for those who have COVID-19. Public Health now says self-isolation can end after 10 days if the person hasn’t had a fever for over 48 hours or any other symptoms for at least 24 hours. Those who have come into contact with a confirmed case but have not shown symptoms are still required to self-isolate for 14 days and those who travel outside of Québec are still required to self-isolate for 14 days once they return.
The numbers
As of press time, there were over 63,700 cases of the virus in Québec (5,770 deaths). The Outaouais now has 901 cases (769 recovered) and 34 deaths. The Municipality of Pontiac has <5 cases while the MRC Pontiac has 0.