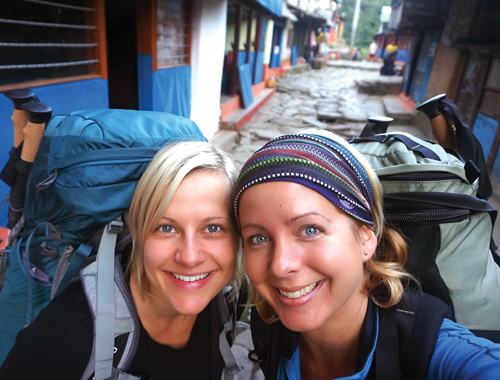 Virginia Schwartz (right) and her friend Jane Van Criekingen took this “selfie”, in the village of Bhulbhule, Nepal, at the start of their trek of the Annapurna Circuit.  This photo was later used by national media when the pair were reported missing, after a freak blizzard caused avalanches higher in the mountains.