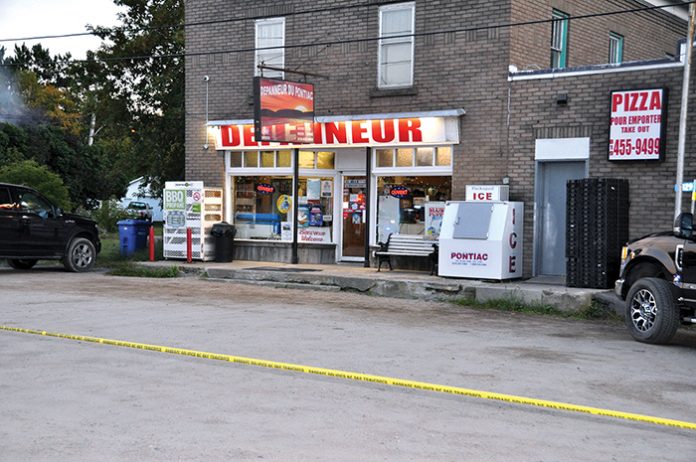 The Depanneur Pontiac was robbed by a lone thief on Saturday September 10.

MUNICIPALITY OF PONTIAC – The Depanneur Pontiac, situated on Hwy 148 at the intersection with the Eardley-Masham Road, was robbed by a lone thief at about 5 pm, Saturday September 10. The thief, wearing a COVID mask, demanded cash from the till, which he made off with. He also asked for and got a pack of cigarettes.

The amount stolen was undetermined.

Julie Proulx was working behind the cash at the time of the robbery; she said the man appeared to hold a gun but never showed it. She gave him the cash when he appeared to go for his weapon. Proulx took her regular shift Sunday morning because, as she put it, “I couldn’t sleep all night, and I had to go in to get over my fear.”

The owner of the store, Sue Tessier, said that video footage of the crime has been sent to the police for review and possible clues as to the thief’s identity. Tessier stated, “Everyone’s been shaken by the experience, but at least no one was hurt.”