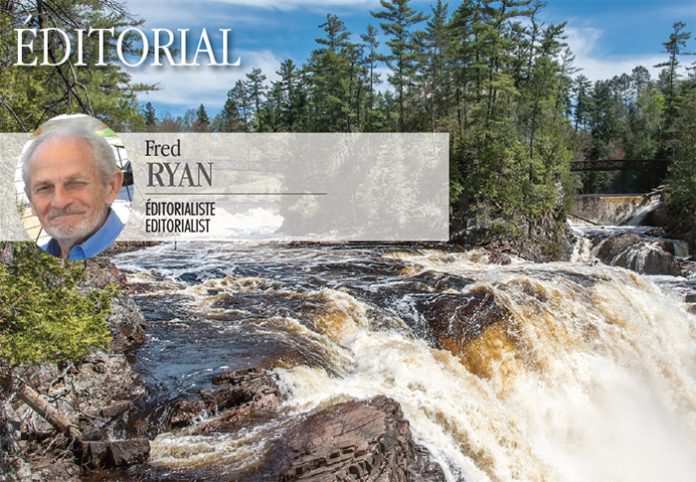 With the 2022 Quebec election less than two weeks away, we are faced with a longish list of candidates, although their viewpoints seem only marginally different.

Two truths are worth keeping in mind. First is the importance of casting our vote.

It’s easy to dismiss the value of voting, especially by an individual voter. “What difference can my one vote make?” One vote, within millions? This thinking is in error, since voting, although an individual right (and obligation) is actually a community exercise. We are electing those who will govern for us all. A single vote is like a breath, not earthshaking itself, but without each breath we’d be dead. With each voter who doesn’t vote, our democracy also dies a little. A citizen’s duty is not only to vote but to encourage others to vote, and not engage in trash-talk about “phoney-this and phoney-that”. Don’t add oxygen to that fire!

The second point is to not fall into nihilism, into not thinking and saying that “everything is broken”, “all politicians are crooks”, and “we’re all being manipulated”… and so on. To believe that voting is a waste of time, a self-delusion — that’s nihilism. This is the fertile ground needed by the ideologues of failure and of extremism. Nihilism is immobilizing. It leaves us with no reasonable route ahead; how will this produce good citizens or good government? Living and working together requires compromise and self-assertion, cooperation and care for each other
as fellow-citizens.

In this election, Quebeckers also share with Albertans two big election-time myths: first, the possibility of an independence referendum. This is a dog-whistle, not a real, likely event; it’s a rallying call for the minority who see independence as a solution to Quebec’s problems. It’s also a call designed to threaten others, especially minorities who do not agree with Quebec (or Alberta) as “oppressed peoples”.

An independence referendum is extremely unlikely. The parties today promising a referendum have never juggled the complexities of actually governing. Should they gain a majority they’d be struggling to keep their heads above water, let alone launch a profound re-make of Quebec.

The second election myth we face is the claim that one party will champion Quebec’s minorities, Anglos in particular.

This has always been no more than a promise, never a commitment. Are we willing to support a party that has been in power many times previously without ever really acting in a significant way to enshrine minority rights and fight the “tyranny of the majority”? Minority-rich ridings like Pontiac are considered as electoral captives with this myth.

Can we not bite this bait this time? Can we instead vote on larger, more real issues — say, the climate crisis, degradation of the environment, or money for health, for education?

Get out and vote, not from fear, but for the future you wish to see happen!