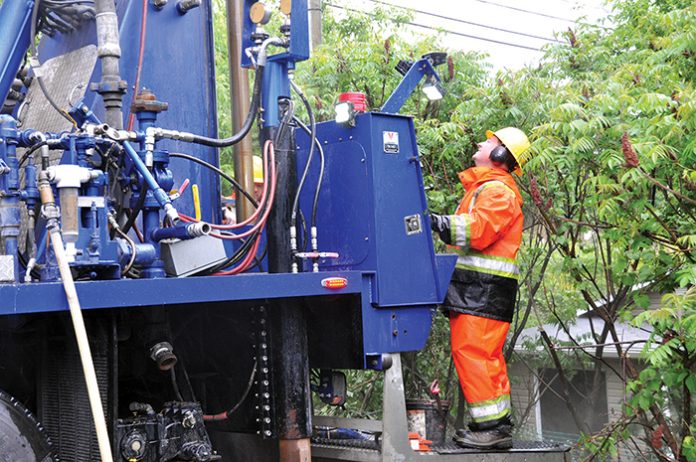 MUNICIPALITY OF PONTIAC – The new council of the Municipality of Pontiac is trying to improve the working conditions of its firefighters, according to Mayor Roger Larose. “Council has listened to the department about its needs. One thing we have noted is that there has been poor communication between the department and council. We are currently trying to fix that,” he stated.

The problem arose for a number of reasons: it has been reported that poor communication existed between the recently departed director general and council. In addition, the Fire Chief, Kevin Mancie, has been on sick leave for the past 6 weeks. Delays occurred in getting needed repairs, including solving the issue of frozen pipes and a lack of water at Station #1 in Breckinridge, and purchasing new equipment. This caused concern with reports that the volunteer firefighters did not feel well equipped to deal with fires in the municipality.

Mario Allen, interim Director General and Public Works Director said that meetings have recently been held with the officers of the department. “We told them that council requires, for the sake of transparency and cost effectiveness, at least two estimates before approval to purchase new equipment can be made. The Mayor and Council are prepared to listen to the needs of the department and find the necessary solutions. We want the department to be functioning and well equipped,” he stated.

Allen continued: “We had a complaint that the well at Fire Station #1 went dry. We approved a resolution at the recent council meeting to have the well dug deeper; that work is ongoing as we speak.”

Larose added: “One of our firefighters left the department in February saying that 80% of the force wanted to quit. Three months later we have our department working hard and we are listening to them.”

Councillor Gary Dagenais reiterated the desire of council to work with the Fire Department. “There are procedures to be followed. For sure we want to hear about what they need. But if we do not hear about those issues we can’t act on them.”

The recent windstorm, on Saturday May 21, saw firefighters deployed around the community as well as checking on seniors to make sure they were okay during the power outage. “The department has done an excellent job,” concluded Dagenais.It is expected that Chief Mancie will be back on duty the first week of June.