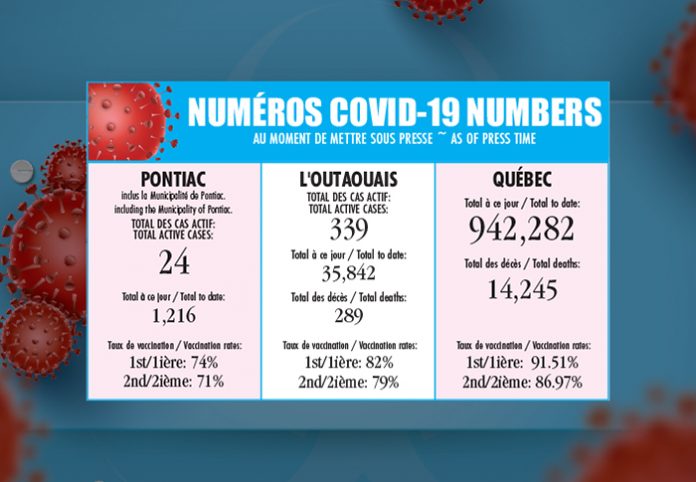 QUEBEC – On March 16, Quebec Health Minister Christian Dubé tabled a controversial bill in the National Assembly that would, if adopted, end the province’s state of emergency. It would, however, still allow the government to retain some powers allowed under the status until the end of the year. Dubé claimed that it was necessary, for the province to be prepared for a possible sixth wave.

Under the new bill, the government could: continue contracts related to vaccination clinics signed under the state of emergency until the end of the year and ones related to the storage and transportation of goods obtained during the pandemic until supplies run out, up to a maximum of five years; order any department or agency to give them access to information – even confidential – necessary to protect of the health of the public; and issue fines up to $6,000 for disobeying established measures or refusing to provide information the government in entitled to.

The bill also states that measures made by order or decree under the Public Health Act, still in force when the state of emergency ends, will remain in force until December 31 (unless repealed, amended, or gradually reduced). This vague provision has proved controversial.

Dube promised that no measures lifted at the time of the bill’s adoption – ex, vaccine passports, or limits on gatherings – can be re-enacted without first declaring another state of emergency.

Bill 28 will be debated in the National Assembly, and Dube hopes for it to be adopted before May.

Measures reduced
Masks are expected to be phased out by mid-April in public spaces, excluding public transit, where use will end in May at the earliest. However, they will continue to be required in some workplaces and health settings such as seniors’ residences.

The province’s vaccine passport system has also been gradually phased out over the last month and has not been required in most places since March 12. However, residents are encouraged to keep their proof of vaccination, in case another wave hits.

Starting March 12, people who’ve been in contact with a confirmed case of COVID and who do not have symptoms no longer need to isolate.

Instead, for ten days they must self-monitor for symptoms, wear a mask during interactions, and refrain from visiting locations where masks must be removed such as when eating at restaurants.

COVID treatment available
On March 17, the Centre intégré de santé et des services sociaux de l’Outaouais (CISSSO) announced that treatment for COVID-19 is now available for those at high risk of complications and who’ve had symptoms for less than 5 or 7 days, depending on the available treatment.

In January, Health Canada authorized the use of PaxlovidTM, the first oral treatment against COVID-19. Given in tablet form, the medication aims to reduce the severity of symptoms in people at risk of complications, therefore reducing hospitalization and deaths.

Groups that may be eligible after a doctor performs an assessment are: immunosuppressed people; those 60 and over; those not adequately vaccinated or unprotected; and those with the following health problems: obesity, diabetes, chronic renal failure, hepatic insufficiency, high blood pressure, heart disease or chronic respiratory disease.

Those eligible for treatment, according to the above conditions, are encouraged
to contact 1-844-965-2640 as soon as COVID-19 symptoms appear.