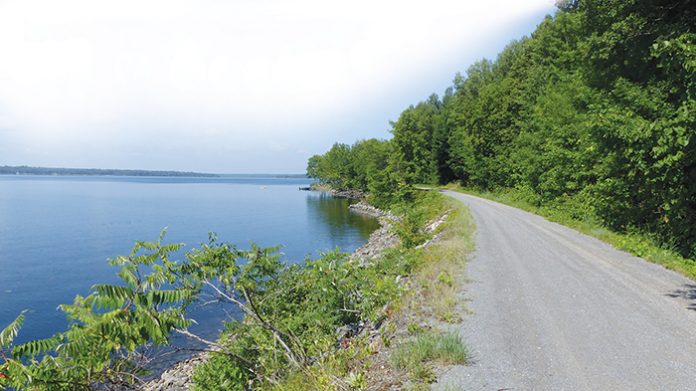 I would like to take a few minutes to laud the Quebec Provincial Police. As a fitness buff, I often use the P.P.J. (the old railroad track). In summer, I like to walk my dog and often enjoy just going for a leisurely nature stroll.

On the weekend of Feb. 5, I was stopped by two policemen on snowmobiles; I was snowshoeing illegally on the P.P.J. trail. I was in the wrong. 95% of 1.5-hour-long snowshoe venture was in the woods, but I was caught red-shoed on illegal powder. I tried to convince the policemen to follow my snowshoe prints, but they were not convinced. The chap in charge very politely said “Sir, if I give you a second chance, you will be out here tomorrow doing the same thing.” He was correct; the next day I was out doing the same thing. But this time, I’d learned my lesson and I stayed off the trail. The two people in uniform promised me a $140. fine, but it has yet to materialize.

If it does, I will have my day in court.

People in uniform often take a lot of abuse. It is refreshing when some compassion, some understanding, some empathy is shown. They were just doing their job. It is so nice when the spirit of the law rather than the letter of the law is upheld. Way to go gentlemen.