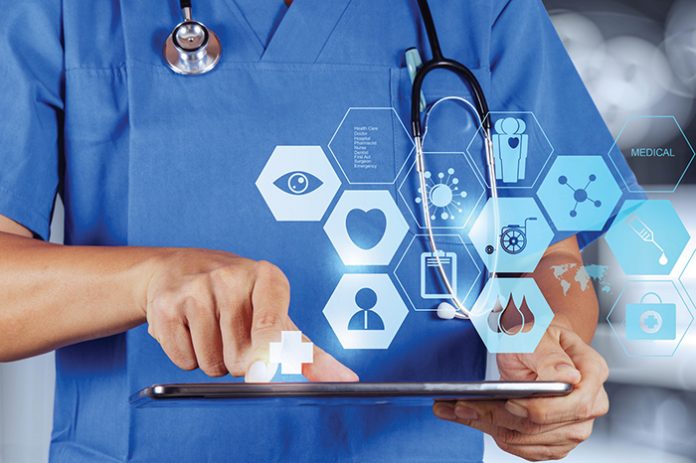 QUEBEC – The Legault government’s Health Minister Christian Dubé announced on March 29 an unprecedented eight and a half billion dollars to reform the way health services are delivered in Quebec.

The 50 measures to be pursued are described in an 80-page document, stating the objective to provide “rapid front-line health-care services”. In addition, the government wants to improve the working conditions of employees, especially those of nurses.

For many years Quebec residents have struggled with long wait times in emergency rooms, a drastic shortage of family doctors (there are close to 1,000,000 people in the province who do not have a doctor), and the postponement of elective surgeries. The reforms aim to improve all these issues.

The model to reduce emergency wait times includes setting up command posts, linked to the ER to direct incoming patients quickly to test areas and other services. The goal is to be seen in no more than 90 minutes. Dr. John Wootton, the director for the Groupe de médecine de famille du Pontiac (GMF) believes this model will be more helpful in cities where the waits are longer. “In Pontiac we have two emergency rooms: one in the hospital, and one in the CLSC in Mansfield. The waits are not as long as in the city.

However, the goal seems a bit unrealistic; we cannot guarantee a 90 minute wait. Imagine if there is only one doctor available. He or she cannot treat patients that quickly,” he commented.

The government is proposing that people without a family doctor will have access to a service called GAP (guichet d’accès à la première ligne). Patients without a family doctor can call a phone line where a nurse would direct them to the appropriate medical service, whether that’s seeing a doctor or lining them up with some other method of care. Joanne Romain, the owner of the Lotus Clinic in Shawville told the Journal this service is not yet functioning very well. She added that in the Pontiac patients without a family doctor already can get service by calling the clinic or making an appointment online. “The appointments are usually given within 48 hours,” she added.

Quebec also wants to hire up to 1,000 more nurses, promising to increase wages and do away with mandatory overtime. Dr. Wootton stated this is a good start, since there is shortage of nurses in Pontiac.

“The biggest reason for our shortage of nurses is demographic. Bilingualism makes it
difficult to recruit nurses and we are at the border with Ontario, so there is competition for hiring them and higher wages. However, more nurses will be a good thing for us, if it happens.”

The government plans to change the way family doctors are paid, from per-act to per-patient, to get doctors to take on more patients. Dr. Wootton believes this system, called capitation (paying a fixed amount of money per patient per unit of time) is a good step. “However, we still need more doctors to be able to give service to all the patients,” he added.

The plan also calls for stepping up alternatives for front-line care, including giving nurse practitioners, paramedics and pharmacists more power to treat patients. “Sometimes it is not necessary to visit a doctor.

People should know that sometimes a nurse can help them,” Dr. Wootton stated. In terms of solving the backlog of the elective surgeries the government says it will increase the use of private sector facilities that will work in conjunction with Medicare. Dr. Wootton claimed this is already happening in some parts of Canada, and is different from the private healthcare in the US, since it is covered by the government, and is free for the patient.

Reactions to the reform plans are mixed and tentative. The General Practitioners of Quebec want the government to strengthen its first line of care and are worried about increased doctor retirements and vacancies in the network. With a provincial election on the horizon, skeptics tend to believe there is more style than substance to the announcement. Dr. Wootton said he finds these reforms are heading in the right direction. “Although the situation is not as critical in Pontiac, equal access is important and we should work on it.”