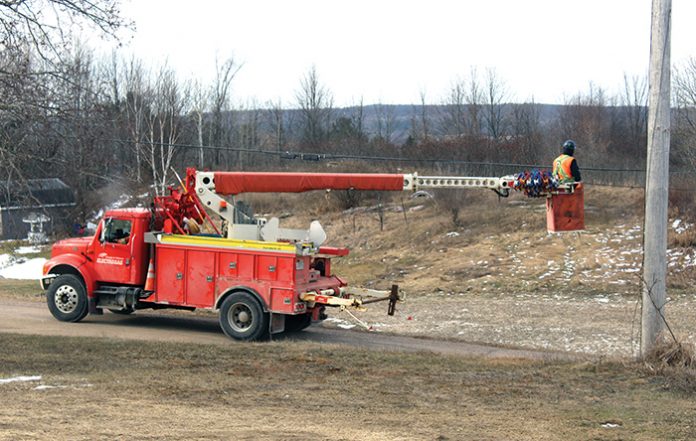 MRC PONTIAC AND PONTIAC – Quebec residents, including those of the Pontiac and Municipality of Pontiac, can expect to have expanded internet options available by this September, with work to install a high-speed fibre network well underway or completed in most areas. Residents may have witnessed companies stringing cables along local hydro poles.

In March 2021, the federal and provincial governments announced a partnership with Internet Service Providers (ISPs) to launch Canada-Québec Operation High Speed to connect nearly 150,000 homes to high-speed fibre internet, with the goal of providing access to 99% of households in the province. This included investing over $145 million to connect 29,000 households in the Outaouais; Bell is responsible for connecting 10,600 Outaouais homes with $84 million in government support, Cogeco received $23.8 million to connect 2,890 households, and Xplornet received $57.5 million for 15,310 households.

The contracts included firm deadlines with penalties to ensure targets were met and cost clauses so the packages offered to subscribers will be comparable with urban sectors. Although service only needs to be available by the end of September to meet deadlines, Pontiac MNA Andre Fortin has said it may be rolled out slightly faster in the Pontiac area, possible by early summer.

In the Pontiac, Bell is responsible for work in Alleyn-et-Cawood, Chichester, L’Isle-aux-Allumettes, Sheenboro and Waltham, with work in the Upper Pontiac mostly complete.

“Citizens can expect to have access to Bell services by the end of September 2022. Of course, if [work] is completed prior to this, we will make sure to let [them] know. We are currently deploying 100% pure fibre technology, which means residents will have access to the fastest internet technology available,” said Caroline Audet, Bell media relations agent, without providing any details regarding the price range or type of packages that will be available.

According to the company’s media department, work is well underway. “Once construction is complete, the network undergoes strict testing to ensure it is customer-ready and delivering the expected speeds,” said the department, noting details about package options and price ranges will be available when the service is live.

“Any fees related to installation or equipment will be available at time of launch and will depend on the customer’s current set-up,” they added.

Cogeco will mainly serve the MRC des Collines-de-l’Outaouais, including some areas of the Municipality of Pontiac like Quyon. According to Anastasia Unterner from Cogeco, the company is at step 5 (requests for access permits and pole surveys) of their eight-step roll-out plan, which features creating constructing plans as the next phase.

Currently, internet options in the Pontiac area are limited, mostly due to its rural nature. Satellite internet, which tends to be more costly than wired methods, is the only option for many due to their location or obstructions like forests, although some municipalities like Shawville, Campbell’s Bay and Fort-Coulonge benefit from a number of choices.