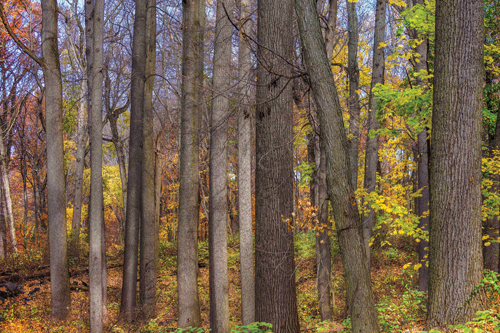 MRC PONTIAC – Mayors Winston Sunstrum (L’Isle-aux-Allumettes) and Alain Gagnon (Bryson) called a special meeting for the MRC Pontiac’s Council of Mayors, February 24, to discuss three items Sunstrum attempted to add to the agenda during the February 17 regular meeting. Warden Jane Toller had refused to add the items to the agenda because they weren’t discussed during
the plenary meeting, a decision Sunstrum said he is challenging.
Before beginning, Toller said some mayors were insulted by comments at the last regular meeting. “We have to remember we are in the public eye [with Facebook Live broadcasts] …and it’s our responsibility to behave in a very business-like and professional way,” she said, noting only one person would be permitted to speak at a time and if there were any negative comments made about another person, the meeting would be stopped and an apology requested.
Sunstrum presented a study that appeared in the Journal of Environmental Management where the Pontiac was used as a case study to compare the delivered cost of forest biomass and its greenhouse gas emissions for three
sizes of operations; small, medium, and large.
Sunstrum pointed to a particular statement after outlining the history of the biopark project: “A biorefinery to produce high value bio-products and bioenergy could provide a good market opportunity for the existing wood fiber.” Sunstrum noted there are seven viability studies on the project; three are done, the fourth is almost complete and the others will be finished in 2021/2022.
“I invite everyone to read the article. It’s a feather in our cap to have the project written about in a scientific journal. It has been a long journey and we’ve come a long way with this project. The fourth study is almost complete, the file is well built and there’s a strong base of information, so we need to pursue [it],” he concluded. The study can be consulted at https://doi.org/10.1016/j.jenvman.2021.112073.
Mayor Serge Newberry (Calumet) responded that the study doesn’t prove a bio-refinery would be a good investment; it only provides useful data for officials to use to determine its viability. Mayor Colleen Larivière (Litchfield) stressed that Renmatix would be investing in the project, not the MRC, and the study is “a very important step forward” and something the company can base their decision on.
The second item provided an update on the provincial Programme d’aménagement durable des forêts (PADF), which the MRC Pontiac administers for the entire Outaouais. Jason Durand, MRC director of territory, explained the fund can be used for forestry work, forest management, maintaining and improving multi-use roads, and to support initiatives that promote forestry.
The MRC Pontiac received nearly $300,000 for the 2020-2021 year: $72,291 was spent on forest management work on TPI land, $131,361 on bridge and
culvert work, and $25,000 to support the Pontiac Wood Producers’ Board, among other things. Durand said the government has expressed intention to renew the
next agreement (done every three years), but no funding amount has been announced.
Finally, a resolution was passed for the MRC’s forestry committee to schedule a series of meetings in preparation for the MRC’s annual conference on April 10, to further develop a forestry strategy with presentations from various forest industry stakeholders.
The next regular Council of Mayors meeting is March 17.