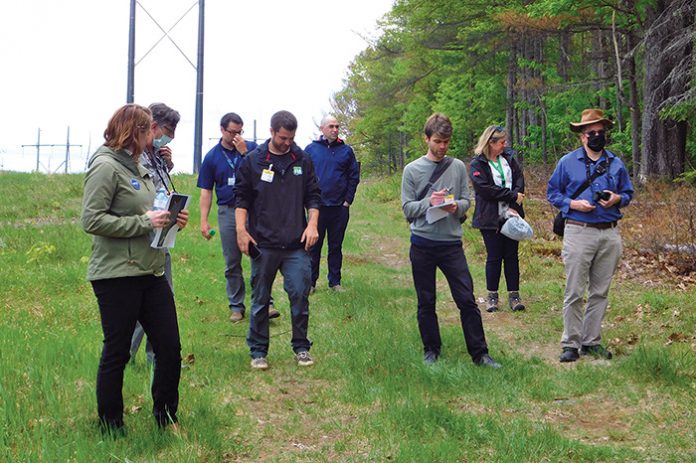 CHALK RIVER – Chalk River Nuclear Laboratories (CNL) hosted a media information day, May 24, to promote details and answer questions on a Near Surface Disposal facility, under discussion for the past 5-6 years. Waste has been accumulating on site for at least 70 years. Seven CNL managers spoke on aspects of the disposal project and argued for its approval.

The estimated cost to build (i.e., capital expenditures,) the NSDF to store the one million cubic metres of radioactive waste is $475 million. This estimate includes site preparation and construction of the containment mound, buildings, and access roads. Operating costs estimated for its 50-year operating life, site closure costs, and surveillance and maintenance costs for 30 years following closure add $275 million. Its lifecycle cost: $750 million. An alternate site is also available, 40 ha in size.

It “generally” has “limited amounts” of long-lived radioactivity. This can extend for hundreds of years, but much is old building materials, contaminated soils, and construction debris. No material containing uranium or asbestos would be stored in the mound. This extreme material still has no storage solution.

CNL believes the site itself is suitable as it “slopes away” from Perch Creek which flows into the Ottawa River with elevation well above normal flood levels. CNL argues that the containment mound’s construction will be safe from flooding and earthquakes, although how earthquake damage will be prevented is unexplained, nor how breaks in
the mound’s fabric will be repaired. A wastewater plant will treat and test water before discharging it into the environment. CNL says drinking water downstream is not at risk. “We believe we have the right and best solution. Our staff have the technical excellence and can assess any risks,” stressed CEO McBrearty. This design, although unproven elsewhere, “should last 500 years”. Construction innovations may double the life-span. Worst case scenario? Staff insists

CNL has emergency systems to minimize any risks.

Meggan Vickerd, General Manager and NSDF project lead, dismissed differing safety opinions by retired and presently employed scientists; she claimed that those retired are out of date on today’s safety standards.

CNL has met with many groups, and an environmental specialist from MRC Pontiac may be invited onto the committee. MRC Pontiac opposes the facility as have other groups including the Concerned Citizens of Renfrew County, Old Fort William Cottagers Association, the city of Gatineau and over 100 downstream municipalities.

The tour also considered two old reactors (NRX and NRU), decommissioned on site. Public consultations will be held in Pembroke, Ontario, until June 3, 2022.