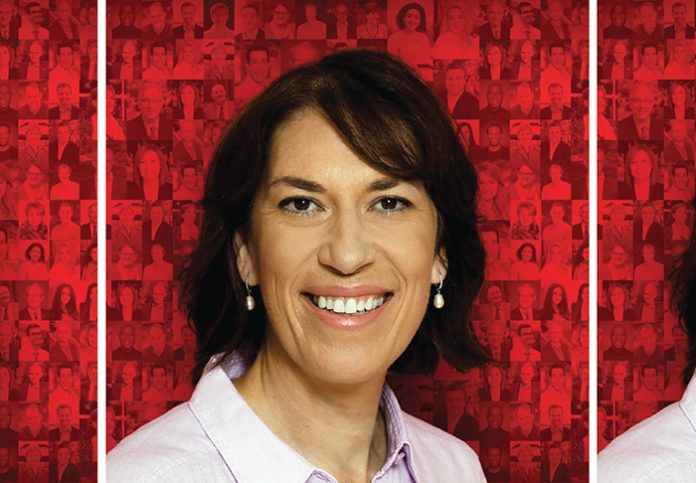 The Chalk River site is set to become the permanent disposal facility for low-level radioactive waste if CNSC approves CNL’s proposal. The disposal and storage facility will be less than one kilometre from the shores of the Ottawa River. CNL claims the facility will effectively and fully isolate the waste from the nearby drinking water source for one million people in Ontario and Quebec. Ninety percent of the low-level radioactive waste planned to be placed in the NSDF will be from nearby Chalk River laboratories, while 10% of the waste will come from elsewhere. Although CNL has stated they have studied the site and the situation very carefully and find this project safe, there are still many concerns as politicians and locals ask for more transparency and reliable guarantees. MRC Pontiac’s economy and drinking water both depend on the Ottawa River.

Sophie Chatel, Liberal member of the parliament for Pontiac, recently published her written intervention statement for the public hearings about the NSDF. In this 13-page document, she asked 20 questions about the project as well as looked for assurances that it is as safe as claimed and won’t change in the future. She has suggested close supervision, more transparency and more consultation with locals.

Mrs. Chatel will have about 10 minutes to present her intervention; it’s a short time for her to express all her concerns and questions. Chatel believes the most important questions are about the assurance there will be no high-level nuclear waste added to the site later. “My main concern is that in the future higher-level nuclear waste will be disposed in this site. They say the site will be only for low-level nuclear waste, 90% of which is from Chalk River. I want to make sure that all the waste will be low-level and that nuclear waste from other sources won’t be more than 10%. My concern isn’t because I don’t trust the government. We know that it will take 50 years to fill the site and there will be many changes between now and then. None of these people will be there at that time,” she told the Journal. “I also want to make sure that they studied all the potential sites very carefully before settling on this one. I want to know more about the reasons behind their choice.”

Chatel said that she has been aware of this issue and was even asked about it during her campaign. At that time, she stated there was an official process to pursue. “I knew there would be an intervention and I was making myself ready for it. I needed to educate myself, talk with professionals and visit the sites. I prefer to have all the facts available before suggesting something and taking a position. There were long documents, thousands of pages, I had to study. I know they will read all the submissions and I hope my intervention will make a change. I think my questions and suggestions are very reasonable and

I’m looking forward to their decision.”

Chatel also flagged a concern for the existing nuclear waste in the Chalk River site. “Many don’t know that there is already high-level nuclear waste temporarily stored on the site and this is worrisome. I know that it’s safely stored, but I want to know when and how they will move this waste. The buildings on the site are very old and prone to fire.”

When asked what can be done to mitigate the risks if the project is approved, Chatel replied: “I wish the site wasn’t there to begin with but what we can do? For now we wait for their decision. Maybe it’s a no to the project, but if it’s a yes, our job will be difficult.

We will have to create a group with locals, including municipal leaders and cottagers’ association members, to monitor the situation. We have to make sure there is appropriate supervision. I would hope that CNSC asks the International Atomic Energy Agency (IAEA) to send agents for regular visits; this, in an attempt to avoid changes to the plan over time.

The main responsibility for everybody involved in this issue is protecting the environment and Canadians’ safety. I’m happy that a lot of people are already engaged, and they’re exchanging information.”

The final public hearings will begin on May 31.