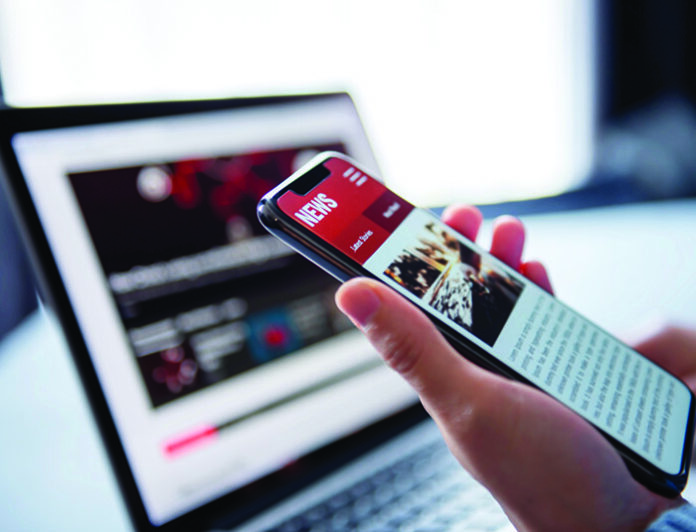 MRC PONTIAC – The MRC’s Council of Mayors (CoM) convened for its monthly meeting, February 16, via teleconference.

The highlight was the launch of a petition to improve the region’s cell phone service. It’s available at all municipal offices and after a six week-period (end of March), Pontiac MP Sophie Chatel will table it in the House of Commons. The petition requests that the federal government and implicated ministers make a financial commitment to guarantee sufficient cellular coverage in all rural communities, including Pontiac; and that the Quebec government and implicated ministries coordinate with the federal government to quickly commit to ensuring complete rural cellular coverage as they have done with high-speed internet.

Funding
Using about $900,000 the MRC received from the province for COVID recovery efforts, the MRC created a $100,000 non-profit organization COVID relief fund and approved the purchase of health and safety equipment, including $1,033 for a defibrillator case and EpiPens for staff, as well as $6,307 to install an eye washing station at the MRC by renovating an underused washroom.

The following were awarded funding: $200 to Rapides-des-Joachims for new hockey nets; and $500 for an ice fishing derby at Île-du-Grand-Calumet on February 19 (see page 3).

Council approved $12,500 to participate for three years in La Ruche Outaouais, a regional crowdfunding platform, in collaboration with Gatineau and the other MRCs of the region, using funds from Component
2 of the provincial Regions and Rurality Fund. This will also fund a $6,000 collaborative training exercise through an external consultant for MRC and SADC employees.

Using a portion of the $12,500 received from Loisir sport Outaouais for the revival of territorial sports and recreation, the MRC partnered with Vallee-de-la-Gatineau to invest in a registration software system to support local organizations and municipalities in their administrative processes. The remaining funds were used to support the local Ski in School program.

The mayors approved a plan for spending $144,000 received from the province in 2022 through the Le Programme d’aménagement durable des forêts (PADF): $25,000 to the local wood producers’ board, and
the remaining for activities to promote forest management, multi-use road work and management work on TPIs.

The next CoM meeting will be held March 16, likely in-person.