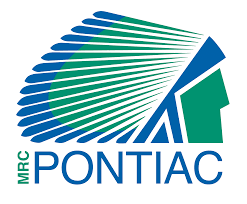 MRC PONTIAC – The 18 mayors of the MRC Pontiac met for their final Council of Mayors (CoM) meeting of 2021, December 15 at the Bryson Lions Hall.
With $728,526 in revenues and expenses, a balanced budget was adopted for the TNO, which now includes a $16 charge for all non-commercial lease holders for helicopter air-medic service.
The MRC’s draft waste management plan was adopted, with public consultations to be held within a maximum of 7 months.
Presentations
Joanne McCann, a member of the Old Fort-Williams Cottagers’ Association, presented an overview of the Near Surface Disposal Facility (NSDF) planned for Chalk River, and requested that the MRC join them and many other organizations and municipalities who are opposed to the giant radioactive waste disposal mound, to be located about one kilometer from the Ottawa River. The Canadian Nuclear Safety Commission, which McCann said has never denied a license, is set to hold licensing hearings for the project in February and May.
Following the suit of Sheenboro, the CoM unanimously adopted a similar resolution urging the federal government to “move the proposed NSDF to a site away from the Ottawa River”.
Finances
Using a portion of the near $900,000 the MRC received from the provincial government for COVID recovery, the MRC awarded $70,000 to the Pontiac Chamber of Commerce to hire someone for a one year term and $15,500 for the construction of offices in the MRC headquarters’ economic development department.
After a call for projects, a painting titled “Sugar Bush” was purchased from artist Jelly Massee for $500 to add to the MRC’s regional art collection.
The recipients for the second round of the MRC’s Creative Development Fund were announced: Maxime Galand was awarded $750 for an official launch party of his new album “Mauvais Temps” at Café Downtown in Fort-Coulonge in March; and $750 to Caitlin Brubacher, a performing artist, director and writer, for her project THISHURT/AGIFT.
The remaining $6,900 in the MRC’s waterway budget will be used to buy lights for municipal docks in a uniform colour to indicate to water users where there is a safe place to dock.
Jean-Pierre Valiquette will be hired at a rate of $45 per hour for a maximum of 15 hours per week to help revise the MRC’s land use plan.
The next CoM meeting will be held January 19.