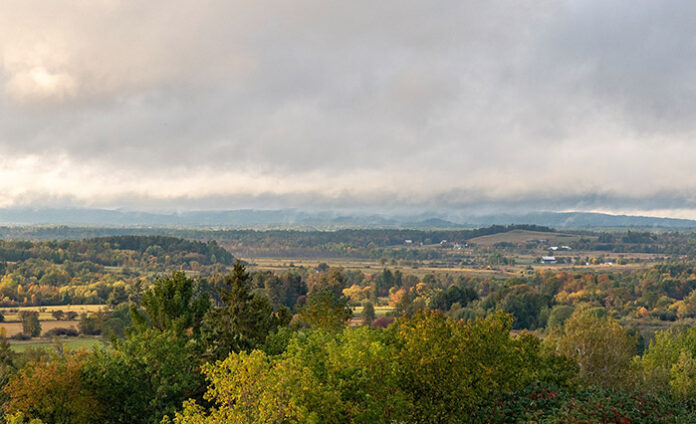 MUNICIPALITY OF PONTIAC – Pontiac council held its regular monthly meeting, February 8
via ZOOM, with less than 10 members of the public tuning in.

Council awarded a $500 contract to Rino Soucy of DHC Avocats to study the transfer of the municipality from the MRC-des-Collines to MRC Pontiac. This lawyer dealt with the study for Notre-Dame-de-la-Salette, which transferred from MRC-des-Collines to MRC Papineau on January 1, providing information about the feasibility of a move. According to a study in June 2021, it will save Notre-Dame-de-la-Salette, a devitalized region, about $30,442 per year; its council felt the move will help them as “the opportunities for collaboration, cooperation and development are more natural with Papineau than with des Collines, where the issues
are essentially management of growth.”

All planning documents like those for waste managementand farm zone development,
and MRC bylaws have to be modified to concur with those of a new MRC. To transfer, Municipal Affairs needs to see favourable feasibility studies and both MRCs and their councils have to give their support. Mayor Roger Larose indicated it’s a long process, and there’ll be a referendum to determine residents’ support before any change is made.

Administration
The bylaw setting tax rates and service fees for 2022 was passed. Residents should have received details of these in the mail.

An existing employee was hired as finance clerk.
A public notice wasn’t issued in time to adopt the ethics bylaw, which has to be done at a regular meeting in March, so council agreed to respect the draft bylaw as if it were approved and adopt it at the March 8 meeting.

The Ministry of Transport will be asked to study the junction of Braun Road and Highway 148 to make it safer.

The Pontiac Snowmobile Association was given permission to construct a temporary bridge on ch du Lac-la-Pêche according to all relevant laws, installing appropriate signs, and with its insurance, so the municipality has no responsibility.

A modified draft MRC bylaw on traffic and parking was passed. The text is in the minutes on the municipal website.

Council asked the MRC-des-Collines for a 12-month delay to allow them to review urban plan and bylaws
to conform to the planning “schéma”. The planning director will ask for tenders to revise the plan and bylaws.