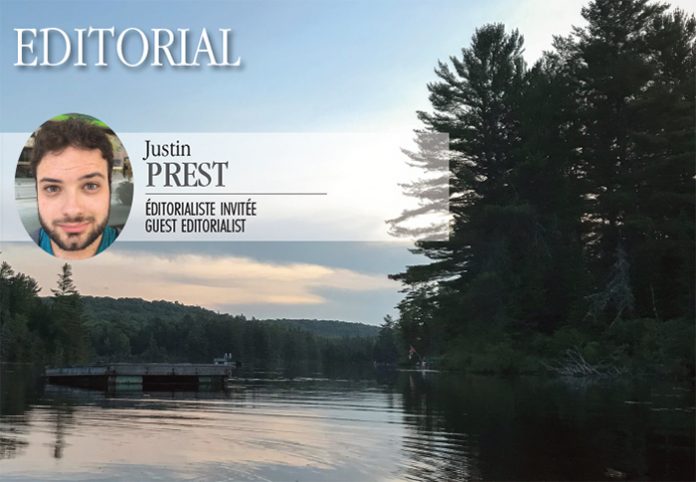 The simple statement, “Never again!” goes around in my head and so I feel compelled to write about the worsening situation in Ukraine. That’s what we said. But what does it mean? Have we lived up to the obligations of this statement?

My grandparents fled Ukraine’s neighbour Hungary, as refugees, in the 1950s, having suffered the death of my great-grandfather in the Siberian Gulag, then the horrors of the Holocaust and the Second World War.

(You can learn more about the Hungarian-Jewish Holocaust experience by reading, As the Lilacs Bloomed, a 1945 memoir by Anna Molnár Hegedús. Hers is a story of a deeply traumatized and grieving mother/daughter/wife, a survivor of the Holocaust, who eventually made her way to Montréal, where she died in 1979.)

When the 1956 Revolution erupted, my grandparents risked everything to flee before making the long trip to Montréal. They had a son while working at the Jewish hospital, moved to Windsor, Ontario, had another son, and lived out the remainder of their lives on a quiet residential street. I am revealing part of my family story because we always said, “Never again!” That was our promise to my grandparents and countless others. The Russian-speaking, Jewish president of Ukraine (whose great-grandparents were burned along with their village by German Nazis) is only one generation removed from the horrors of the Holocaust and the Second World War.

He has remained in Kyiv, fighting with his people.

My grandparents took most of their story to the grave. I learned of their escape at my grandfather’s funeral in 2016. He was 84. My grandparents never once spoke of our Jewish roots, our ancestors, nor the family members they’d lost. Many of us accept the burden of the memory and the pain that’ll be felt for generations, because we all vowed and repeated, “Never again!” We would never stand by while war, racism, and genocide sweep through civilian populationsBut time and again, we’ve allowed modern dictators and groups to mass-murder with relative impunity. Why did we fail?

What can we do now?

Stay informed. Fake news swirls around the toilet bowl of conspiracy theories and much of it, though not all, is Made in Russia. If your main source of news is social media, it can be difficult to sort out. Try a free or low-cost multi-platform news subscription or app to access a plurality of sources – and read positions you might oppose. Build bridges, instead of burning them. You don’t have to be best friends with your weird neighbour, but we must all work together to build community, nonetheless. Today in Ukraine, we see why.