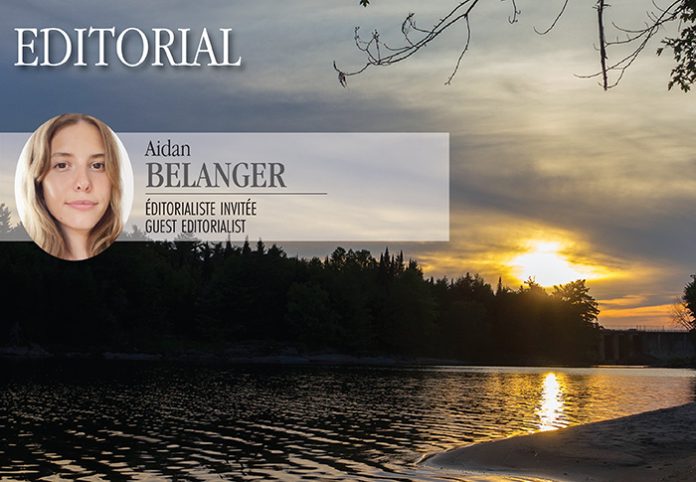 The Royal Bank of Canada (RBC) is among those financing the Coastal GasLink fracked-gas pipeline. The controversial pipeline, from northeast British Columbia to Kitimat on BC’s northern coast, slices through through the Wet’suwet’en Nation. Over 65 Indigenous climate activists and public celebrities have launched a movement to protest RBC’s participation (including via its subsidiary City National Bank), plus other institutions financing the project.

Wet’suwet’en Nation leaders Sleydo’ Molly Wickham and Hereditary Wet’suwet’en Chief Na’Moks said they appreciate such influential celebrities supporting their efforts. “It means the world to us,” Na’Moks said. In a video posted on the “No More Dirty Banks” campaign website, actor Mark Ruffalo adds that Wet’suwet’en hereditary chiefs never consented to the construction of the pipeline and that it puts the headwaters of the Wedzin Kwa River at risk. “Although RBC has committed to supporting Indigenous human rights, they continue to fund Coastal GasLink’s violence against the Wet’suwet’en people,” said Ruffalo. In the video, Sleydo’ Molly Wickham highlights how the bank’s financial ties to the project make it partially responsible itself for the endangerment of the Nation’s drinking water and aquatic resources.

Coastal GasLink claims its project is authorized by the BC government and has the support of 20 First Nation band councils, including five of the six band councils in the Wet’suwet’en Nation. However, Wet’suwet’en hereditary chiefs have opposed the project, claiming band councils do not have authority over land beyond reserve boundaries. Two groups of First Nations have actually signed option agreements to acquire a 10% equity stake.

The petition also outlines the violence and harassment chiefs and supporters have encountered from the RCMP: “For over a decade, the hereditary chiefs, members of the Nation and their supporters, have protested this pipeline—at significant risk to their own lives….in the past three years, they have suffered multiple police raids, the burning of their cabins by arsonists, intense police harassment and armed violence.”

Chief Na’Moks asks, “How can you have a discussion when our people are staring down the barrel of a gun?” A similar question is in a submission filed to the office of the UN’s High Commissioner for Human Rights. All Canadians can add their voices by completing the template provided on the “No More Dirty Banks” website.

Isn’t now the time for us all to step up to the plate?