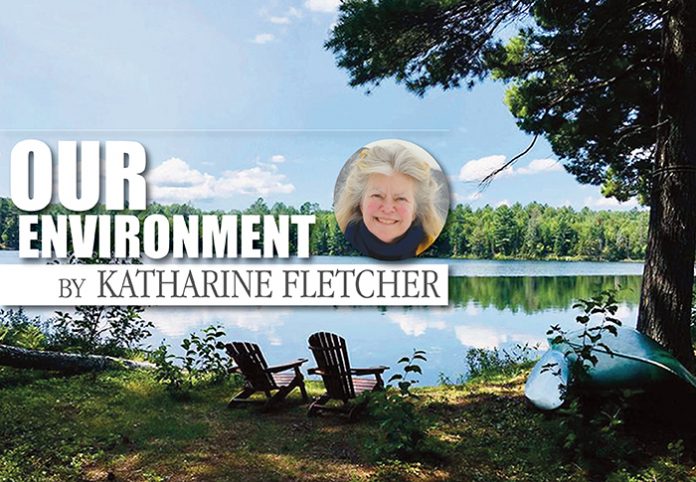 Did you hear about No Mow May? Not mowing lawns was a project started in 2019 by Plantlife, a conservation charity based in the United Kingdom. It caught on, such that two years later in Britain, thousands of lawns were left to – grow! Imagine!

Biodiversity. This means that a whole bunch of critters can thrive in the different types of plants which you permit to grow. And among the “critters” we care about perhaps most are pollinators.

As we know, pollinators, upon which our food security depends, are experiencing severe declines throughout the world. Many of our Pontiac-area apiarists’ bees have suffered catastrophic colony collapse disorder, meaning that here in West Quebec we are experiencing similar losses to other countries.

UK scientists discovered that if we permit flowers which some people call “weeds” such as Dandelions and Yarrow to bloom early, ten times more pollinators can be fed with the nectar the blossoms produce. (bit.ly/3B8ExgY)

Dr Trevor Dines, Plantlife’s Botanical Specialist, explained that creating different areas of lawn where “islands” can be longer than other patches, offers great biodiversity throughout the season. He said:

“In any garden, big or small, we’d now advise keeping two lengths of grass. Leave some patches completely unmown to let taller flowers come into bloom. For the rest of the lawn, you can keep the grass shorter by mowing once every month … You’ll cut off some flowers when you do mow but they’ll come back quickly; you can even rotate patches around your garden so there are always some areas in flower. For flowers, bees and butterflies there is one lawn ‘haircut’ that really suits: the mohican. Most should be given a monthly cut to boost short sward plants but there should also ideally be an area set aside for longer grass where floral diversity abounds.” (bit.ly/3AHkYuV)

Canadians embrace No Mow May

In parallel, also across Canada, city by-laws are being challenged so that homeowners won’t be fined for creating no-mow lawns or (horrors!) replacing lawns with native plants.

The “poster species” for biodiversity and for encouraging native plants to grow in one’s lawn is the Monarch butterfly. Although my property has loads of Common Milkweed which is their native plant source food, lawns and gardens in urban environments don’t exactly feature these “weeds” as some call them.

However, driving through Gatineau and Ottawa these days, we do see Common Milkweeds because people are becoming increasingly educated about and engaged in protection of Monarchs.

Here at Spiritwood north of Quyon, we’ve experimented with leaving islands of long grass that we’ve not mown whatsoever this year. We have long grasses that have gone to seed, stately hollihocks that are visited by Ruby Throated Hummingbirds, fragrant Yarrow and many more plants. Armies of Dragonflies flit about eating insects; American Toads and Green Frogs live here too.

Try it! Change your manicured monoculture to a bio-diverse world that will support all sorts of fascinating creatures.

Katharine Fletcher is a freelance writer, author, and visual artist. Contact her: fletcher.katharine@gmail.com and view her art at facebook.com/KatharineFletcherArtist/