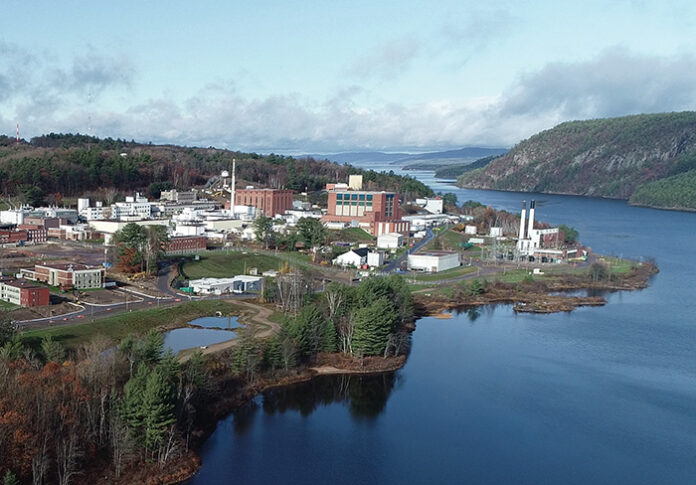 The Canadian Nuclear Safety Commission (CNSC) recommended approval of a controversial giant above-ground nuclear waste dump for one million tonnes of mixed radioactive and hazardous waste alongside the Ottawa River in a licensing document and environmental assessment report released on January 25. Citizens’ groups say the document is flawed and vow to fight the recommendation in licensing hearings
scheduled for February 22 and May 31.

The recommendation to approve this dump, given that it would leak and eventually disintegrate, is reckless and irresponsible on the part of CNSC, which is supposed to protect Canadians from radioactive pollution, not enable it.

Some critical omissions in the environmental assessment report include:

No identification of the impacts of constructing a pipeline to discharge contaminated effluent into Perch Lake, which drains into the Ottawa River;

Inadequate consideration of alternative facility types that would not expose wastes to rain, wind, and snow and that would not require unproven water treatment and “weather cover structure” technologies;

Failure to consider contamination of groundwater from the hundreds of tons
of lead required to shield these highly-radioactive commercial wastes.

The report fails to address that the mound would degrade and mixed radioactive and hazardous industrial wastes (arsenic, beryllium, mercury, benzene, dioxins, PCBs, etc.) would leak into the Ottawa River, essentially forever.

Previous studies by the dump proponent identified many ways the mound would leak, and described the inevitable disintegration within 400 years through a process of “normal evolution.” Leakage from the dump is expected to flow into surrounding wetlands that drain into the Ottawa River less than a kilometre away.

Members of the public will have their final opportunity to submit concerns about the proposed project at the “Part 2 licensing hearing” scheduled to begin on May 31. However, interventions at that point are very unlikely to influence the Commission’s decision and it’s basically a rubber stamping process. Information about the intervention process is available on CNSC’s website. April 11 is the deadline to apply to “intervene” in the May 31 public hearing.