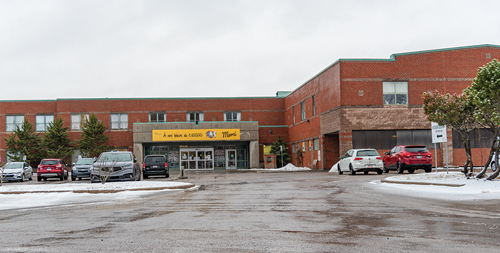 SHAWVILLE – Local expectant mothers will not be able to deliver their babies at the Pontiac Community Hospital by the end of the year as officials from the Centre intégré de santé et de services sociaux de l’Outaouais (CISSSO) had hoped when the hospital’s obstetrics (OBS) unit’s closure was extended in September.
“We are still actively recruiting nurses and midwives. At this time, we are unable to indicate when we will be able to reopen the obstetrics service in the Pontiac,” said Marie-Pier Després, CISSSO media relations agent.
The unit was closed in February 2020 because of a lack of staff and was supposed to reopen in September, but that didn’t happen because preoccupation with the COVID pandemic allegedly affected recruiting efforts. “CISSSO’s goal is to offer a hybrid model of pregnancy monitoring in the Pontiac area by a multidisciplinary team of midwives and doctors by the end of 2020,” said Martine Bilodeau, director of youth programs, who attended the press conference in August when news of the extended closure was announced.
Josée Filion, CISSSO director general, said it would take “a few months” to get the model in place, where mothers will be given the option of being followed by a midwife (eligibility determined by the conditions of their pregnancy) or regular medical staff, who will both offer local appointments and deliver at the PCH.
A minimum of eight nurses are required to reopen the regular OBS unit, but they currently only have three, and the two midwifery positions haven’t been filled. However, a new doctor interested in OBS has been recruited, bringing the PCH’s total to four.
“In January 2020, we hired and trained two nurses in obstetrics. Unfortunately, these two nurses left the service. We also hired five CEPIs (nurses in training), but unfortunately none of them were interested in obstetrics and left the Shawville Hospital,” continued Després, who reiterated CISSSO’s commitment to reopening the unit.
“We remain focused on this objective despite the recruitment issues we are currently experiencing and which are raging throughout Québec in regard to nursing personnel. We are also working with community stakeholders, including the Pontiac mayors and warden to implement strategies to attract and retain qualified personnel,” she continued.
A committee composed of CISSSO representatives and MRC Pontiac mayors has been meeting bi-weekly and is working on incentive packages given the wage discrepancy between Québec and Ontario where nurses earn about $10 an hour more. “At the end of the day, salary is the number one issue. We are working on addressing this issue first and looking into other incentives later,” said Jane Toller, MRC Pontiac warden.
“The CAQ government made raising nurses salaries an election promise, but we can’t wait until the end of their mandate in 2022 to see changes. In one meeting we may have X nurses and by our next meeting, we’ve already lost them to Ontario,” she added.
The MRC Pontiac has also requested that the government authorize a wage-equalization pilot project in the Pontiac, submitting a budget to address the wage discrepancies to Mathieu Lacombe, Minister responsible for the Outaouais Region, and Pontiac MNA André Fortin in November, which was later presented to the health minister.
However, the government has not yet given the go ahead for the project. “I spoke to André Fortin and he said the government is currently negotiating with the nurses’ union, which is going well. He’s worried our request might hinder or upset the negotiations,” said Toller, noting her next step is to request a meeting with the union representatives to explain the MRC’s intentions with the project.
Currently, pregnant women can choose to be followed by a midwife
and deliver at the Maison de naissance in Gatineau or have regular medical
follow-ups locally until about 32 weeks gestation when they are transferred to Gatineau to prepare for delivery. Ontario is also an option, and according to Filion, two thirds of mothers have chosen to deliver across the border since the local OBS unit was closed.