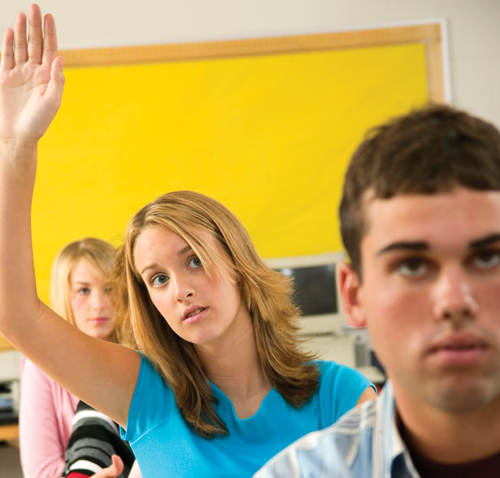 On November 11, the Fédération autonome de l’enseignement (FAE), an organization comprised of nine unions representing nearly 49,000 teachers in Québec, released the results of a survey from 1,500 of their members taken in October. Results showed the number of vulnerable students is increasing and teachers see very little, if any, effect of certain budgetary measures.
The consultation aimed to better understand the pedagogical needs of teaching staff during the pandemic and verify the real effects of measures the Ministère de l’Éducation et de l’Enseignement supérieur (MEES) announced in its back-to-school plan.
Québec Education Minister Jean-François Roberge announced August 17 that $20 million would be invested in three measures to help students catch up from lost school time due to the pandemic: hire an additional 350 teachers and tutors to coordinate catch-up courses and help students with homework; fast-track students with special needs into programs; and a campaign to encourage students to pursue education.
More than 80% of teachers in the public system haven’t seen any increase in the services offered to vulnerable students and half of that 80% said services have actually decreased. Less than 10% said they were satisfied with their school’s measures to support these students. Over 40% of teachers surveyed have more than two out of five students they described as vulnerable.
According to other media reports, in the Outaouais: 69% of teachers believe the number of hours of service offered to vulnerable students is comparable to or less than last year (only 6% believe it increased); and 71% believe more than 20% of their students have behavioural or academic vulnerabilities (12% estimate over 60% of students are in this situation).
In response to Roberge’s announcement on October 8 that there would only be two report cards this year, 66% of respondents agreed the teaching regime needed to be modified to allow teachers to catch up.
The MEES end-of-year exams should be cancelled, said more than 55% of teachers, with 66% among elementary teachers. To have uniform markers for everyone, 62% said the MEES should create a reduced list of essential knowledge to be taught for each program and grade. Providing schools are not closed, 43% believe they will be able to teach all of the required material by the end of the year; 31% think this will be impossible.
FAE is urging Minister Roberge to act quickly to support teachers, avoid exacerbating the teacher shortage, and improve student services.
Money needed now
In August, the federal government announced more than $2 billion in funding to provinces and territories to work with local school boards; Québec was given $432 million.
Alain Guy, Chair of the Western Quebec School Board (WQSB), said
the government has not allocated extra resources, but the WQSB is tracking extra costs.
“We’ll spend money on what’s needed now and worry about our costs later. We hope the provincial government comes through. Federal money was given to the provinces, but we haven’t seen this yet,” he said.
Heidi Yetman, President of the Québec Provincial Association of Teachers, indicated $85 million of the $432 million was earmarked: $25 million-hiring and training; $25 million-software and equipment; $20 million-ventilation; and $15 million-transportation. “Why isn’t [Québec] investing the rest? In other provinces it has been sent to school boards directly. This money should be available now. What are we waiting for?” she asked.
Pressure on the government is coming from Pontiac MNA André Fortin to respond quickly: “The money has to flow through the system quickly and efficiently. Every day [schools] don’t have the funds, more kids are falling behind.”
Holding down the fort
Overall, students seem to be in good spirits and engaged said Stewart Aitken, WQSB Director of Education. Over 600 WQSB students have obtained medical exemptions (360) or are being homeschooled (over 260). This 8% reduction
in attendance may have reduced stress felt in the schools, he said.
Pontiac High School’s saving grace is an ideal enrolment level, said Principal Debra Stephens, meaning staff can implement solutions that might not be possible in larger schools.
In June 2020, students were invited to the school for one-on-one tutoring
to catch up, which was successful Stephens said. Virtual learners
meet directly with their teacher, resulting in better communication.
PHS is ranked last in the socio-economic ranking under the New Approaches New Solutions (NANS) program, so the school normally gets extra staffing through government funding, which has helped accommodate students’ needs. “But we are all tired,” said Stephens. “There have been no dances, team sports, or field trips. I tell my staff to take weekends off and students have no homework. We have to survive,” she concluded.