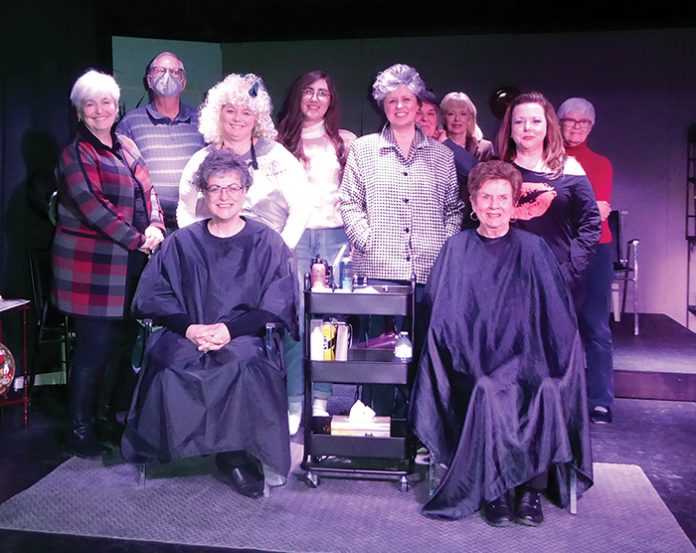 SHAWVILLE – The Pontiac Community Players (PCP) plans to set up a provincial non-profit organization. After 20 years of fun, “We will come into existence, in a new way, that will allow us to take a firm place in the arts and culture of Pontiac,” said PCP president Greg Graham at a February 26 presentation held at
Pontiac High School. They have plans to increase the organization’s services and to create more theatre productions.

“It’s a long road and we still need to flesh out a constitution,” said board member Craig Young. “But this will allow us to have a bank account and do more advanced planning,” he continued. He said that the group is working with the MRC to secure funding for much-needed equipment including lighting.

MNA André Fortin was at the event and promised a $1,000 donation once the organization’s bank account was set up. Pontiac Warden Jane Toller was also in attendance.

Attendees watched a scene from the PCP’s upcoming production, Steel Magnolias; it’s a portrayal of the lives of six small-town Southern Louisiana women featuring their friendships, trials and tribulations. The show will play from March 9 to 12, at Pontiac High School. It was originally scheduled for November 2020 but COVID-19 restrictions forced its delay. Director Val Twolan says she is very happy the curtain will finally rise on the production.

Pontiac Community Players plans to hold a founding meeting in May.