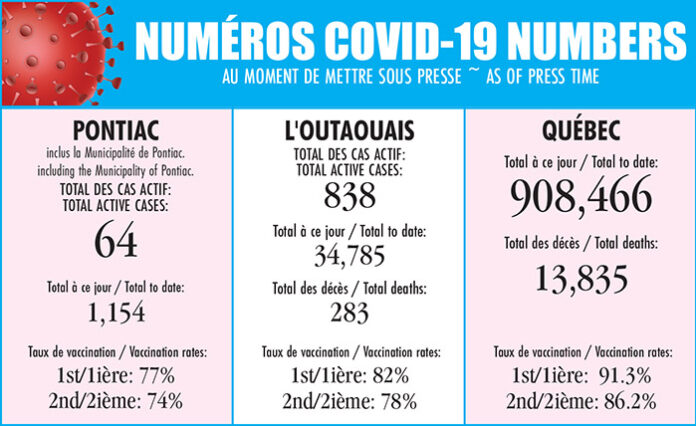 QUEBEC – On February 15, Christian Dubé, Quebec’s health minister, announced the province’s vaccine passport system will be gradually phased out by March 14, although residents are encouraged to keep their proof of vaccination in case another wave hits. Dubé said the province will also likely end its state of emergency on March 14.

Since February 16, the passport is no longer required to enter big box stores, cannabis stores, or liquor stores, and since February 21, it’s no longer needed at places of worship. As of March 14, it will be removed from all other locations, except for travel abroad.

Deconfinement plan
On February 8, Quebec Premier Francois Legault presented a deconfinement plan for the next month, providing hospitalizations continue to decline, with most measures lifted by March 14.

Since February 12, private gatherings in homes are no longer restricted and restaurants can have 10 people or three household bubbles per table.

On February 14, sports games resumed (competitions restart February 28), gyms and spas reopened at half capacity, and outdoor shows and events can have a maximum of 5,000 visitors.

On February 21, capacity limits were dropped for all businesses, except amphitheatres which have to operate at 50%. Places of worship are restricted to 50% capacity, or amaximum of 500 people. Residents of private senior’s residences can now receive up to 10 visitors per day each.

Starting February 28, theaters and places of worship can accommodate full capacity, bars and casinos will be able to reopen at half capacity, telecommuting won’t be mandatory, and residents of CHSLDs will be able to have a maximum of ten visitors per day each.

As of March 14, bars, restaurants and amphitheatres can resume 100% capacity, and in all seniors residences, visitor registries and vaccine passports won’t be required.

Legault stressed the government is not ready to drop mask requirements, but the situation will be re-evaluated sometime after March 14.

On February 11, those 70 and over as well as caregivers were added to the list of groups eligible for PCR testing in any of the region’s testing clinics. Appointments for testing can be made on the Clicsante website or by phoning 819-776-5436.