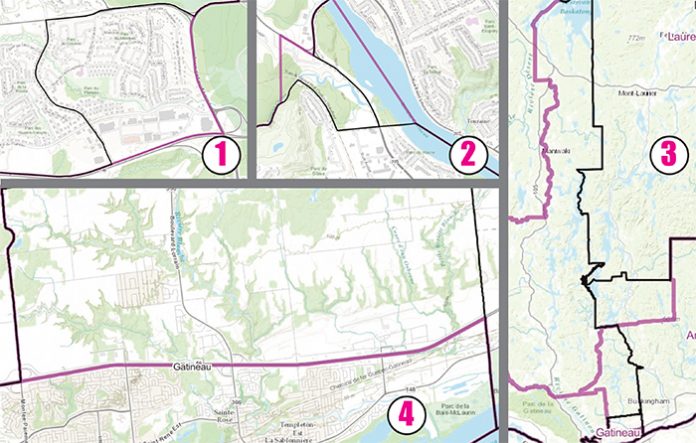 Image 1: The area between boulevard des Grives and Saint Raymond south of Chemin Pink and north of des Allumettières is proposed to be transferred from Hull-Aylmer to Pontiac. Photo Credit: Federal Electoral Boundaries Commission for Quebec

Image 3: A larger area encompassing a number municipalities will be transferred from Pontiac to Laurentides-Labelle. Photo Credit: Federal Electoral Boundaries Commission for Quebec

Image 4: The portion of Gatineau north of Highway 50 between Montée Paiement and Montée
Mineault will be transferred to Argenteuil–La Petite-Nation.
Photo Credit:
Federal Electoral
Boundaries Commission for Quebec

The current proposal involves transferring the area between boulevard des Grives and Saint Raymond south of Chemin Pink and north of des Allumettières from Hull-Aylmer to Pontiac, and transferring a small area near the Alonzo Wright bridge and west of the Highway 105 from Pontiac to Hull-Aylmer. Larger parts of Pontiac will be transferred to Laurentides—Labelle including parts of the municipalities of Val-des-Monts and La Pêche as well as the entire municipalities of Denholm, Low, Lac-Sainte-Marie, Kazabazua, Gracefield, Bouchette, Sainte-Thérèse-de-la-Gatineau, Déléage, Aumond, Grand-Remous.

The main consideration for changing the boundaries of electoral districts is to ensure that each district has proportional political influence by keeping the population count of a district close to the electoral quotient of 108,998. The current electoral map was drawn in 2012 and the proposals reflect population growth over the past decade as well as adjustments based on proposed changes to electoral districts in other parts of the province.

The Commission has also proposed new names for 12 of Quebec’s electoral districts. In the Outaouais, the district of Pontiac is proposed to be renamed Pontiac-Kitigan Zibi while the other three districts in the region will retain their same names. The proposed name change from Pontiac to Pontiac-Kitigan Zibi, is to reflect the presence of the Algonquin First Nation in the region. The Anishinaabe community of Kitigan-Zibi is the largest of the nine Algonquin communities in Quebec.

From now until August 31st residents can submit feedback and comments about the proposed changes by contacting the Commission or by using the Interactive Mapping Tool on the Commission’s website (information listed below). There will also be two virtual hearings on September 14 and October 13. The in-person hearing for the Outaouias will be held in Gatineau on September 29. To participate in any of the public hearings residents must send notice of representation to the Commission by email or mail.

For more specific details or to read the Commission’s full proposal visit: https://redecoupage-redistribution-2022.ca/ then click “The Commissions” and select Quebec from the drop-down menu.