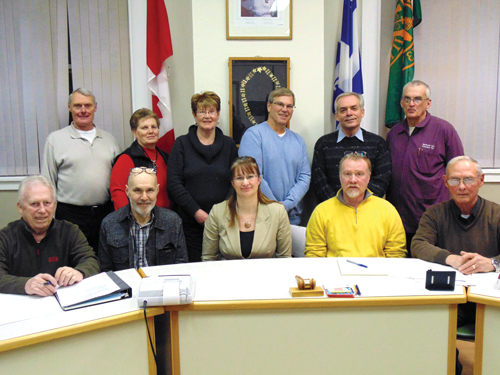 SHAWVILLE – A special announcement was made at Town Hall, February 9. Gord Black, who owns Logs End in Bristol, announced he will be donating 6.34 acres of land located across from the Lotus Clinic on Centre Street in Shawville to build the Villa James Shaw, a retirement
residence.
The building, named after the founder of Shawville, will assist those living with conditions
associated with aging and loss of autonomy by providing accommodation and services to meet their needs. Although it is not known how many people the
residence will house, the operating costs, the types of clients that will be served, the square footage of the building, or when the facility will begin to be constructed, a committee has been formed to manage the
project, they have applied for a Charitable Organization Number and have completed an application to become a non-profit organization.
“I recognized the need for the facility when my mother became ill and there wasn’t any room for her; there was an 18 to 20 month-long waiting list.
I knew this was a fantastic way to help the community … a great community,” said Black, who left Shawville when he became a major Junior A Hockey player.
“I left the community, and now it’s my turn to give back. It’s very rewarding,” he added.
Black has already formed a foundation for the project and will provide funds on a yearly basis for special needs, projects, or renovations.