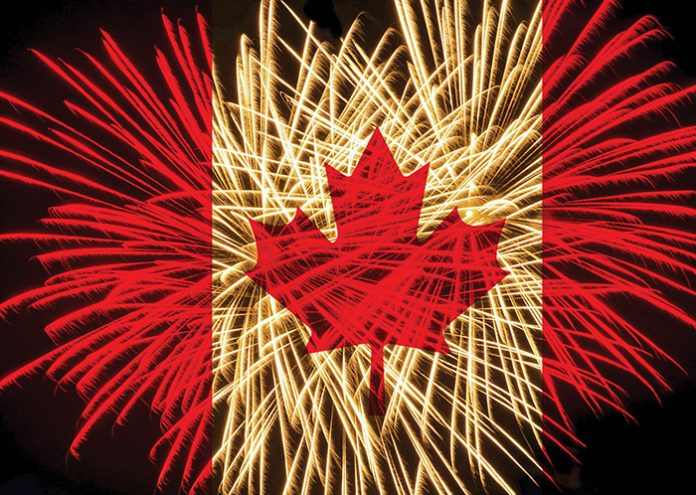 SHAWVILLE – The area surrounding the Shawville fairgrounds got the best seat in the house for the Canada Day fireworks display on Friday night, but several neighbours have raised concerns about the event.

One resident, adjacent to the fairgrounds, was fortunate to be in the right place at the right time after a piece of burning fireworks debris landed in her yard. “It set fire to the bushes it landed on,” she said. “We were lucky to be fairly close by, and several people quickly ran over to put it out but that was actually scary for a moment.”

Several locals expressed irritation at the mess that greeted them on Saturday morning. “I have to pick up big chunks of cardboard from all over the yard there’s trash everywhere,” said one neighbour, whose house sits right at “ground zero.”

“Some pieces of cardboard wadding are pretty big; you don’t want them landing on your car. Or your head,” she said. “It’s dangerous having them this close to people’s houses.”

When asked to comment on his constituents’ concerns, Shawville mayor Bill McCleary responded, “Someone did report a fire that happened as a result of the fireworks.” Nevertheless, he described the event as successful overall.

“People really enjoy seeing fireworks, and they were especially good this year because they were done by professionals.” The dangers presented are a concern, however. “We acknowledge there is an issue with proximity to residential areas,” he said. “We’re going to be talking about

it at our upcoming meeting, so we are probably going to move it next year so it’s not as close. When it’s windy, you don’t have as much control, and we’d like to make sure everyone is safe.”