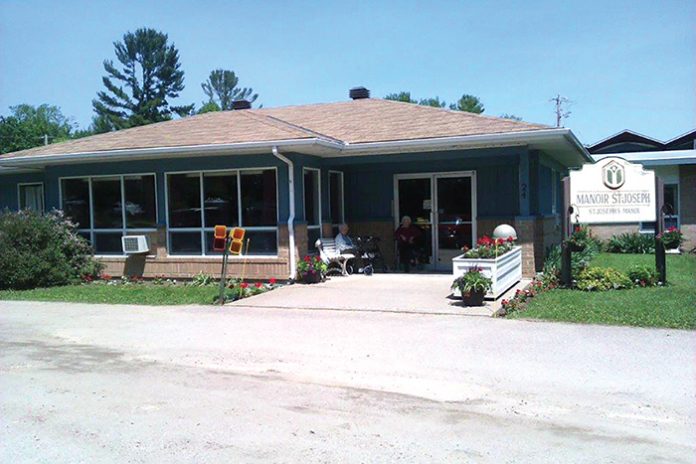 CAMPBELL’S BAY – The Friends of St-Joseph’s Manor private senior’s residence has had to cancel plans for building additional rooms due to rising construction costs. In 2018 the Manor launched a fundraising campaign to build a 10-room addition to the residence. While an impressive total of $320,000 was raised by the local community from June 2018 to February 2020, the project was put on hold due to the provincial government’s Covid restrictions and to protect the health and safety of residents. After restrictions were relaxed in March of this year, the Friends of St-Joseph’s Manor, a charitable organization that owns and administers the residence, ordered a professional re-estimate for the costs of the project. While the total cost of the project was originally estimated at $955,020 in 2018, costs have since risen to $1,804,666, almost doubling due to rising costs in construction materials and the effects of inflation.

Colleen Larivière, the Manor’s director for the past 10 years, said the decision to cancel the project was very difficult, but that it was ultimately the most financially viable option for the non-profit organization.

“We had worked on this project since 2018, so it was a very difficult decision. After looking at the estimated costs for construction, we felt that we had no choice. The rent that current residents would have to pay to support the construction costs would be huge and people just can’t afford that.”

Instead of the 10-room addition, the funds raised for the project will now be used for some needed renovations on the building. The Manor plans to replace the windows in the dining room, change the roof in the activity room and update the bathrooms by replacing the bathtubs with walk-in showers.

While disappointed that the project could not continue as planned, Larivière noted that the Friends of St-Joseph’s manor was extremely grateful to the community for its support during the fundraisers and said that anyone with questions or concerns should feel free to contact the Manor at 819-648-5905.