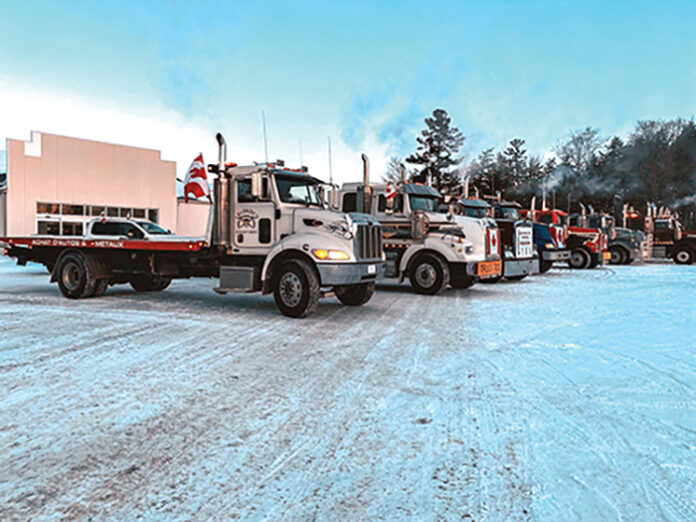 In the olden days, about a month ago, whoever raised the most money and bought the most advertising would presumably win the most votes and run the government. In the next election, whoever can motivate the most hardware to jam up a city or block a bridge will get to set the agenda. Who loses? Most of the people; those who can’t afford to buy an MP or a lobbyist and don’t own a big rig, with downtime and fuel to spare.

So, in order to secure our freedoms, do we crowd-fund a Euclid from the tar sands and crush parked trucks to flat scrap, or do we donate to the party that promises to do nothing about anything? Count on this; politicians (and truckers with signs and Canadian flags are now politicians) will politicize whatever event is going down. Hot air and diesel fumes will be generated, hands will be wrung, and life, liberty and the pursuit of happiness will be robbed from everyone who isn’t wealthy enough to buy their way out of town.

Cynical? I still hope to live long enough to see the world run by persuasion and consent, but the clock is ticking, and I’ve already watched the hands go around a bunch of times.