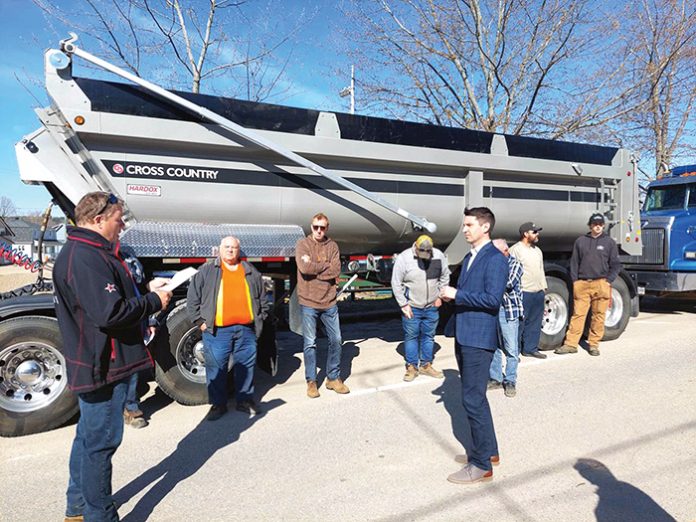 CAMPBELL’S BAY – On Monday morning May 9, Pontiac truckers showed up at the office of Pontiac’s MNA André Fortin to protest the fuel rates currently paid by the Quebec Minister of Transportation.

Patrick Bertrand, president of the Pontiac County Bulk Transportation Association, told Fortin that members of the National Association of Independent Truckers (NAITC) were doing similar protests throughout Quebec to bring attention to the urgent need for the Minister to revise the tariffs paid to truckers, in relation to current fuel prices.

Bertrand stated that truckers are losing $0.60 per litre every time they fill up; consequently, every hour of work results in an operating deficit. “There is an urgent need to increase rates to reflect the real cost of fuel,” he said.

Fortin met the truckers and listened to their concerns, afterwards stating: “This tariff is regulated by the government, and it does not even allow the truckers to cover their costs. They are correct to protest. They are hard-working and resilient people, but when it comes to the point where they lose money every time they work, it’s unsustainable. I have every intention of seeking answers from the government, on their behalf.”