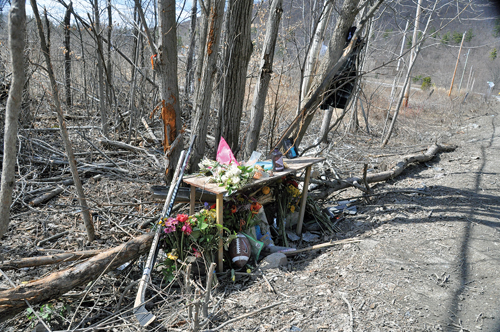 MRC PONTIAC AND MUNICIPLAITY OF PONTIAC – A number of accidents took place across the territory between March 20 and 23, one resulting in two deaths.
CHELSEA – A fatal accident involving a sole vehicle occurred along Mountain Road, March 20 around 10 p.m., when it went off the road and hit a tree. One person was ejected and extrication was required to remove the other two people. The driver, Aramis Vigeant, a 22 year old from Gatineau, died.
The front passenger, 21 year old Gaetan Derouin from Ile-du-Grand-Calumet, was transported to the Hull hospital in critical condition and later passed away. In
an interview, his parents, Lucie Mutchmore and Jerry Derouin described how their son had expressed his desire to donate his organs in the past, and that five lives have been saved so far as a result: his lungs, liver, two kidneys and pancreas have all been successfully transplanted. Tissues were also collected that can help about 50 people. His parents stressed the importance of organ donation and encourage others to sign their donor cards.
The third person suffered minor injuries. Police suspect speed was the cause of
the crash, although further investigation, including on the vehicle, is underway.
BRYSON – Police responded to a collision involving a truck and a
car along Highway 148 near Wallace Road around 7:30 a.m. on March 23. According to initial reports, the driver of the car veered out of his lane and hit
the oncoming truck. The 28-year-old man was taken to the hospital with significant, non-life threatening injuries. The driver of the truck and her child weren’t injured. An investigation is underway, but there is no apparent criminal element.
PONTIAC – A school bus was involved in an accident at the intersection of Highway 148 and McCoffrey Road on March 23 around 5 p.m. The bus was travelling west on Highway 148 and attempted to turn left onto McCoffrey Road as a car was approaching the intersection from McCoffrey Road. The bus driver didn’t see the car and a low speed impact occurred. Four teenagers between the ages of 13 and 17 were on the bus, but no one was injured.