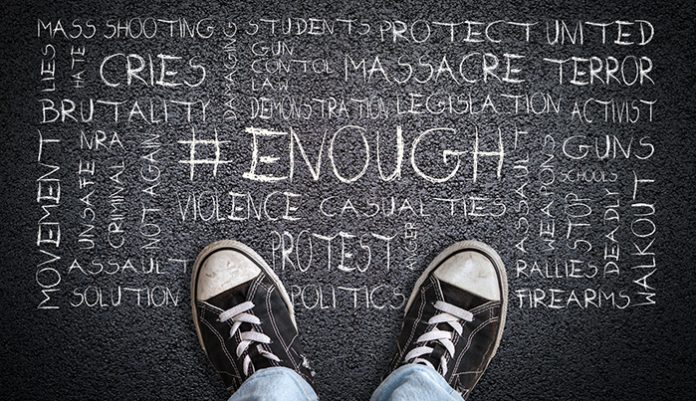 There’s a thing in certain internet circles known as Rule 303. You can guess where the numerals came from, but it has come to denote that if you see something, and have the means to act, you have the duty to do so. It could be applied to the parents observing the school shooting in Texas, where armed policemen failed to press on and stop the shooting, and in fact, stopped parents from entering. Those policemen failed their Rule 303 test.

If I looked up the statistics on how many mass shootings there were this month, and then added the number of victims of domestic violence culminating in death by gunfire, we would all become very depressed. There is a culture in North America, that leads people to believe that they need an arsenal to protect themselves from home invasion or overreaching government. When government overreach becomes that obvious, the would-be rebels will soon find out that the government has an even bigger arsenal, plus killer drones, and access to information that no rebel group will have.

As I see it, there are way too many guns, too much ammunition, and not nearly enough mental health for the welfare of people and animals in our world. Your chances of being called into duty in a mass murder situation are rare, especially in Canada. Still, I can recall five people of my acquaintance who were killed individually by gun violence. Any of us might come into contact with someone who is so distraught that they are on the verge of doing violence to themselves or others. That’s our own Rule 303 moment.

Thoughts and prayers are a dime a dozen, the day after a gun violence death. One act of understanding might avoid a massive loss of life and peace of mind.

In the end, we’re all in this together; give a kind word to those who need it. You can replenish your supply later on.