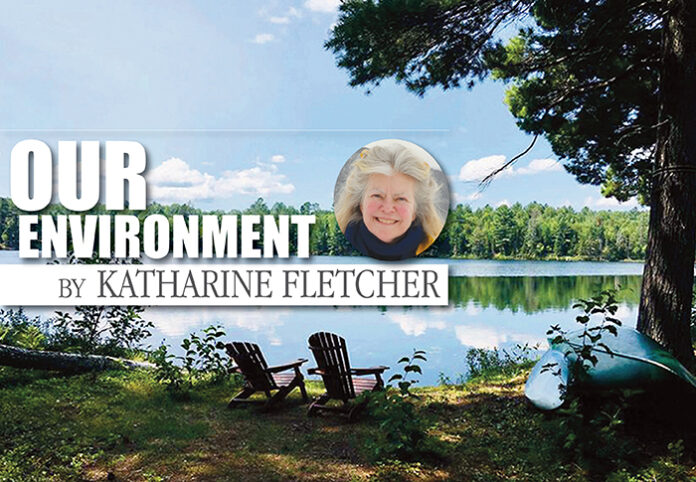 In 2018, the Ottawa Riverkeeper (OR) organization started testing the Ottawa River for the presence of microplastics (defined as bits of plastic smaller than 5mm). They also ran a successful “Ban the Bead” campaign where, on July 1, 2018, the federal government banned the use of microbeads.

“Microplastics are hard to get rid of; they don’t biodegrade naturally, and so present an ongoing and potentially long-lasting threat, especially as they continue to be introduced. They absorb chemicals that are present in the water and are eaten by fish and other marine life who mistake them for food. Eating microplastics can cause harm to the wildlife … and may have further impacts on our ecosystems that are not yet fully understood.” (bit.ly/3XBpPbv)

Ottawa Riverkeeper remains active on this file: in 2018, they “joined with NGOs across Canada to sign a declaration from Environmental Defence encouraging the Government to implement a national waste reduction strategy that seeks to drastically reduce plastic pollution. Likewise, we celebrated the Government’s announcement of a ban on several single use plastics on June 22nd, 2022.”

Where do microplastics come from?

Microplastics are created by industry, but also consumers as we purchase and use plastic products like plastic bags, which disintegrate.

On January 3, 2023 the BBC published an article on how ubiquitous microplastics are, noting that in the top layers of the world’s oceans, there are “24.4 trillion fragments of microplastics”. (bit.ly/3iLpgwk)

However, they’re not “only” polluting world oceans. Microplastics are in the soil, our food and water: in our bodies now: we are ingesting them when we eat farm-grown or wild foods.

“In 2022, analysis by the Environmental Working Group, an environmental non-profit, found that sewage sludge has contaminated almost 20 million acres (80,937sq km) of US cropland with per- and polyfluoroalkyl substances (PFAS), often called ‘forever chemicals’, which are commonly found in plastic products and do not break down under normal environmental conditions.”

For years, we’ve been told that a circular economy is beneficial. In our era of repurposing, reusing, regifting, recycling, everyone knows that a product that’s reused or transformed into another useful item extends its life. A good thing, we think.

So when it comes to our own human excrement, it’s only natural that some have felt cautiously optimistic about it being collected and sterilized such that it can be considered safe, nutritious, material to fertilize fields where crops are grown.

Unfortunately, sludge can be contaminated with microplastics as well as other pollutants such as phosphates.

Gerretsen writes, “Sewage sludge is the by-product left behind after municipal wastewater is cleaned. As it is expensive to dispose of and rich in nutrients, sludge is commonly used as organic fertilizer in the US and Europe. In the latter, this is in part due to EU directives promoting a circular waste economy. An estimated 8-10 million tonnes of sewage sludge is produced in Europe each year, and roughly 40% of this is spread on farmland.”

I don’t have statistics for the use of sludge on our Outaouais fields, nor do I have details on its analysis.

However, treated human waste is currently being spread on Pontiac’s cash-crop fields. Quebec has high standards, so I’m told, concerning treatment of sludge, such that some people consider it perfectly safe, and I should not question its use.

I question authority. With the existence of microplastics in the Ottawa River and other bodies of water, soil, and food (not to mention in our bodies), what studies, specifically and on an ongoing basis, have been conducted on Pontiac’s soil and water after sludge has been applied? Are the results public?

On December 17, 2022, at Montreal’s COP15, the government announced the federal government’s ban on six single-use plastics in Canada. (bit.ly/3kmZoHE)

It’s a baby step, but a start.

Katharine Fletcher is a freelance writer, author, and visual artist. Contact her: fletcher.katharine@gmail.com and view her art at facebook.com/KatharineFletcherArtist/