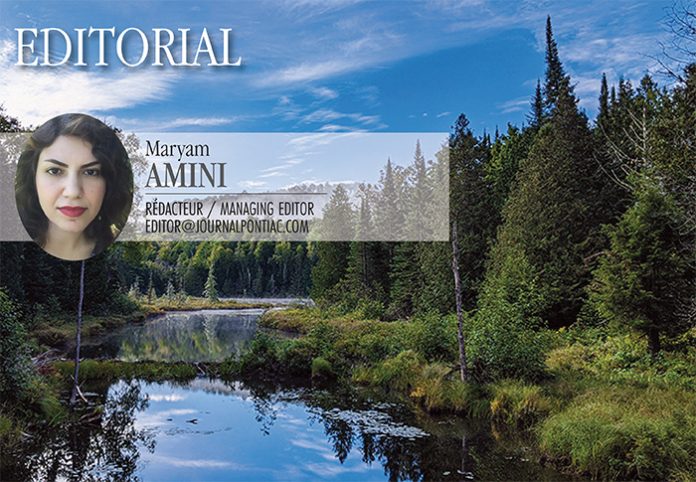 Over the past few months, we’ve published lots of news about the new language rules in Quebec and how it might affect Quebecers’ lives. It was interesting to read and receive comments from officials and candidates of different regions, especially during the recent election campaign. Some stated the new rules wouldn’t “actually” affect residents’ lives.

Last week during the Pontiac MRC mayors’ meeting, an important discussion was raised about the lack of veterinarians in the region. It was noted that Pontiac really needs a vet – as there are now none – and animal owners are forced to find them outside the region. This problem arose many months ago but has yet to be addressed. The Journal published an article about Dr. Melissa Jowett, who was – and still is – interested in working in the Pontiac but, because of Québec’s language rules and her lack of adequate French proficiency, her license was revoked and she had to relocate her practice to Ontario. Since then, there have been many frustrations in the community, because locals want and need her services.

The mayors were informed that Dr. Jowett is available and Warden Jane Toller promised to ask for provincial help to be able to bring her back to the region.

When the Journal wrote about Dr. Jowett’s situation, we were told there is no specific mark required in the French exam; as long as they know the veterinary doctor is qualified and can do his/her job in French, permission would be granted for them to work in Quebec. That seems fine, but as noted at the MRC meeting, the academic level of French required to write the exam is so high that even Québec-born and trained francophone Doctor of Veterinary Medicine graduates are having trouble passing it.

The question is: What is the price of all these language requirement rules?

The province has failed to offer even a mediocre workaround, let alone an adequate solution to the Pontiac. Forcing people to go out of province for services they need seems counter-intuitive.

Québecers need to ask Premier Legault “When will you step up to deliver the services Quebecers need? And when will you remove the nationalistic policies that are undermining Québec’s attractiveness to importing talent from across the country and around the world?” As it stands, most of these increasingly onerous rules are doing nothing to help the French language and are instead making Québec a less desirable place to settle down, work hard and raise a family.