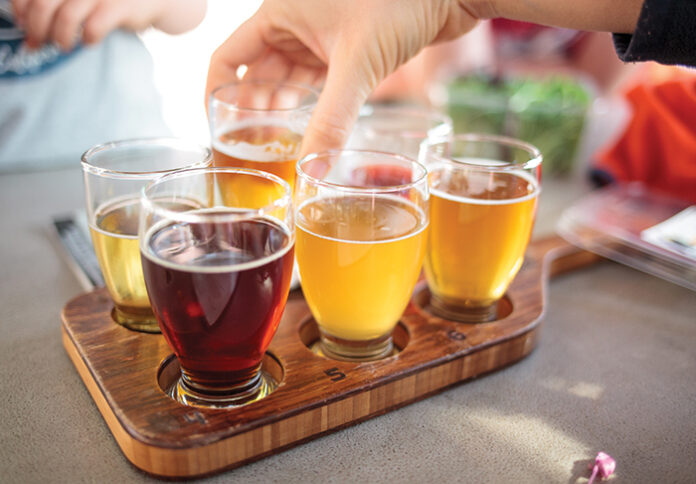 The Canadian Centre on Substance Use and Addiction (CCSA) has revised its alcohol consumption guidelines. After two-years of research, they are shocking.

CCSA’s 89-page report says: “Even a small amount of alcohol can be damaging to health. Research shows that no amount, or kind, of alcohol is good for your health.”

What concerns me is what I am hearing (or not) from those around me and on my social media. Those who freaked out when anyone questioned the science behind COVID vaccines are now themselves questioning CCSA’s science.

But isn’t this, “I will question, even denounce, any science that does not suit me” pure hypocrisy?

It will be interesting to see whether Canadians who followed vaccine guidelines because they believed in the science will now follow Health Canada’s new guidelines.

Will liquor stores be joining the ‘For Lease’ landscape?

Will grocery stores empty their shelves of alcohol?

Will the feds see a dramatic decline in alcohol sales, a significant source of government revenue, forcing them to raise taxes on other vices they tax (gambling, cigarettes) to maintain the money flow? … or will Canadians shrug and keep raising glasses, saying “What does the CCSA know? I bet their studies were commissioned by the Dairy Farmers of Canada.”

Yes, deciphering the science is difficult, especially when filtered through mainstream media which benefits by keeping us in a constant state of anxiousness. Nevertheless, because of the science reports, most Canadians rolled up their sleeves, got vaccinated and then boosted. A small percentage questioned the vaccine’s science and possible side effects. Civil dialogue never took place.

Many will argue, if a person drinks, that’s their business. The logic being drinking is not contagious like COVID. Point taken. However, assuming CCSA’s science is credible, and
therefore alcohol is literally poison, I would expect people to be upset about all those drinking Canadians who are using our taxpayer-funded healthcare to treat illnesses and diseases that could have been prevented if they had abstained from alcohol.

Where is the outrage against those who continue to smoke in 2023, despite decades of undeniable science that has clearly said smoking kills? Inevitably those who smoke end up using Canada’s healthcare system more than Canadians who take their health seriously.

Undeniably, most health issues Canadians seek treatment for through our healthcare system are preventable. There is no doubt that a person’s lifestyle choices have a direct impact on their health.

Hence, are not all unhealthy lifestyle choices deserving of outrage, judgment, condemnation, and ostracization?

Or is cherry-picking which science to believe – namely, the science that suits us – just the newest thing?

I am curious to see how much alcohol Canadians will consume in 2023.