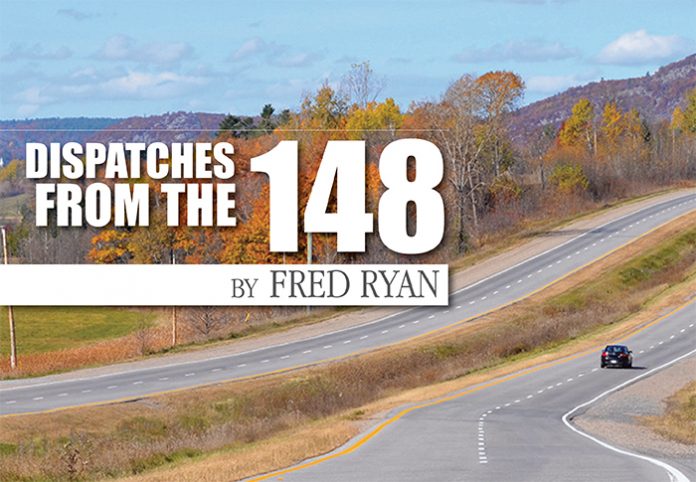 Talking about top-ten hits of 2022? Complaining of, or rather, citing evidence for “government over-reach” has to be high up on that list, no matter how it’s sung. It was even a significant topic on a few fishing trips last summer.

What’s so new? For much of our lives we’ve done our best to deal with “government over-reach”. Dealing with governments which fail (or refuse) to realize their own promises but which also struggle with the expectations of 35+ million citizens. In that lens, these “big governments” haven’t done enough, rather than too much. Between public expectations/demands and public resources available, it’s not a tight-rope, it’s an invisible line, a thread to follow. I often wonder why anyone would want an MP’s job.

Slowly, that old expectation of all citizens benefiting from a government’s actions (which once gave us public health-care) has changed, as governments grew in size, complexity, and redundancy — thanks to the size, complexity and needed redundancies in our massive country.

How could government be smaller and still meet all Canadians’ expectations?

If you look at any government without looking at its operating environment, it will look enormous. The civil service, the bureaucracy, of a modern state is enormous — and for these reasons, not because politicians are megalomaniacs.

And with size comes mistakes and waste, job-padding and even some outright corruption or self-serving expansion. There are too many opportunities for this, too many leaks in this big old wooden punt. But does that mean all big-government is “bad”? Canada should be broken up … what, into Banana Republics? Or Icicle Republics? But economies of scale are today a big bonus for big governments. Personally, I wish they’d use that tool more often, not less.

Nor should our response be to increase police presence. Too much or heavy-handed policing (like the policy of our language police) can actually disrupt good government and scare off good employees, specialists, and investors.

Few people today see police and jails as positive solutions; police work is but one social tool, a desperate one, where we can’t do better than use tear gas and jail cells. They’re needed, yes, but the carrot is so much more productive than the stick.

In fact, it’s the use of police force that is real “gov’t over-reach” — when the bureaucracy thinks it can use physical force to achieve its best intentions. A sledge-hammer rather than a screw-driver. Plus, the not-uncommon belief that government is just too big and whole chunks have to be amputated, this is another over-reach; us thinking that one simplistic ‘solution’ will actually serve any complex jumble of mandates, obligations
and ordinary human beings’ desires.

We have a lot of government in modern Canada — not entirely because of bad actors or lazy thinking, but because Canadians must manage a lot of communal wealth and investment. And because modern Canadians, for better or worse, have very clear ambitions and expectations out of life. With our winters we deserve a break or two.

But for us, the people, to insist on massive cuts to government services — calling them over-reach — merely cuts into our own self-interest, blocking the benefits of Canada’s great resources. Any society needs management and planning, not slash-and-burn. Why lower our expectations because there are some abuses and short-falls in what we expect from government? Why not lower those abuses by better management? Why not, instead of cutting, we shift responsibilities downward, out of the government towers, and closer to those who actually benefit from, or suffer, the effects of government services?

Cutting big sections of government services is the opposite of government over-reach; it is citizens’ under-reach. It is saying we expect and want less, not better. Rants about “big government” usually suggest turning over whole sectors of our national economy to the Law of the Jungle, to corporate enterprise. How is this beneficial?

We Canadians want better, not less!