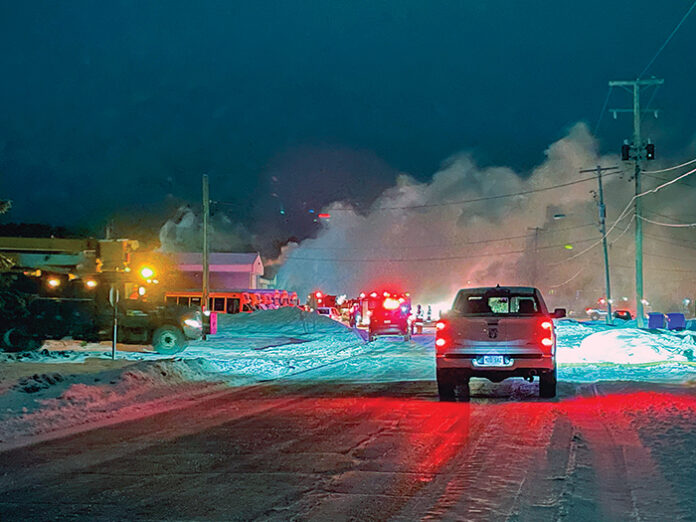 A fire broke out at the AutoBus Lasalle garage, on the outskirts of Shawville, Friday night, January 6. The cause of the fire is still under investigation but is suspected to be electrical. Shawville Fire Chief, Lee Laframboise, stated: “Twenty five firefighters were involved in the operation. Fortunately there was nobody in the building, so no one was injured. A couple of buses and the structure of the roof of the garage are quite damaged. The only challenge we faced was that Hydro workers were delayed to help disconnect the hydro, because they were coming from Maniwaki; normally they would come from Campbell’s Bay.” (M.A.)