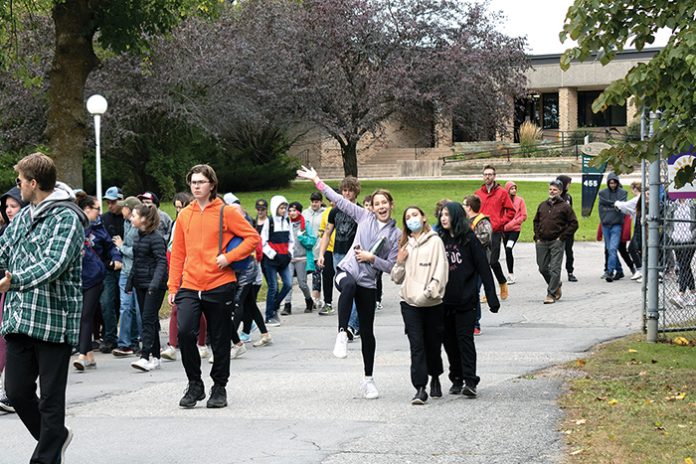 On the previous Tuesday, September 20, there was a special information assembly for the students, with a speaker from the Quebec Terry Fox Foundation, Marcel Charrois. He spoke about Terry’s original dream and goal of running across Canada to raise awareness and funds for cancer research; he said that Terry Fox is a Canadian hero because he never quit. That was a quote from Terry, used for the theme for this year’s run: “Nobody is ever going to call me a quitter!”

Several community businesses and residents donated for the BBQ held after the run. “We had a record and raised $1,467.15 just from the BBQ alone at lunch. We will collect money until the end of September and will probably pass the $2,000 mark,” said teacher and organizer Tara Fitzpatrick.