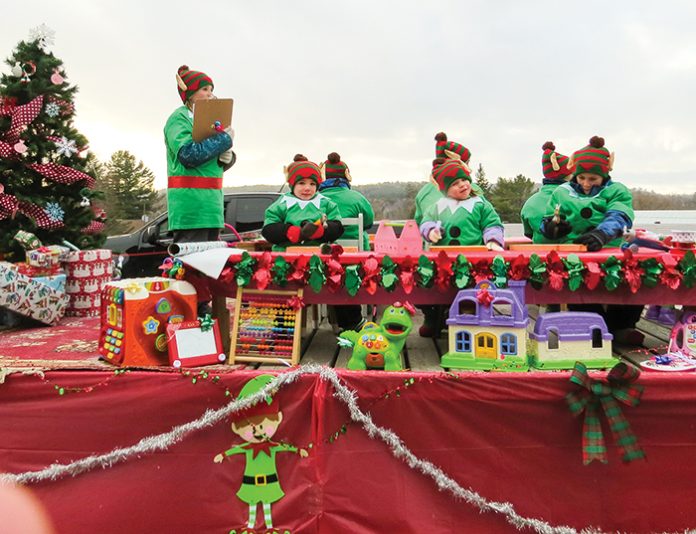 PHOTO: Lots of kids and toys on a float in the Campbell’s Bay Santa Claus parade.

There was merriment and anticipation as the crowds gathered on Front Street for the annual Santa Claus Parade in Campbell’s Bay on Sunday, December 4. The event had originally been scheduled for Saturday but was moved because of the rainy weather.

The number of people in attendance seemed greater than the population of Campbell’s Bay, and all were excited to see the floats start to arrive. As is tradition in Canada, the crowd shared words about the weather, but were immediately distracted by the first sighting of the lead fire truck.

After the colourful floats had passed, with Santa waving from the rear, parade participants gathered in the nearby park where many were presented with awards for their float decorating prowess.

There was free hot chocolate with marshmallows and a lot of children excited to see Santa, as well as parents and caregivers who were willing to queue in the cold to make it all happen. (NB)